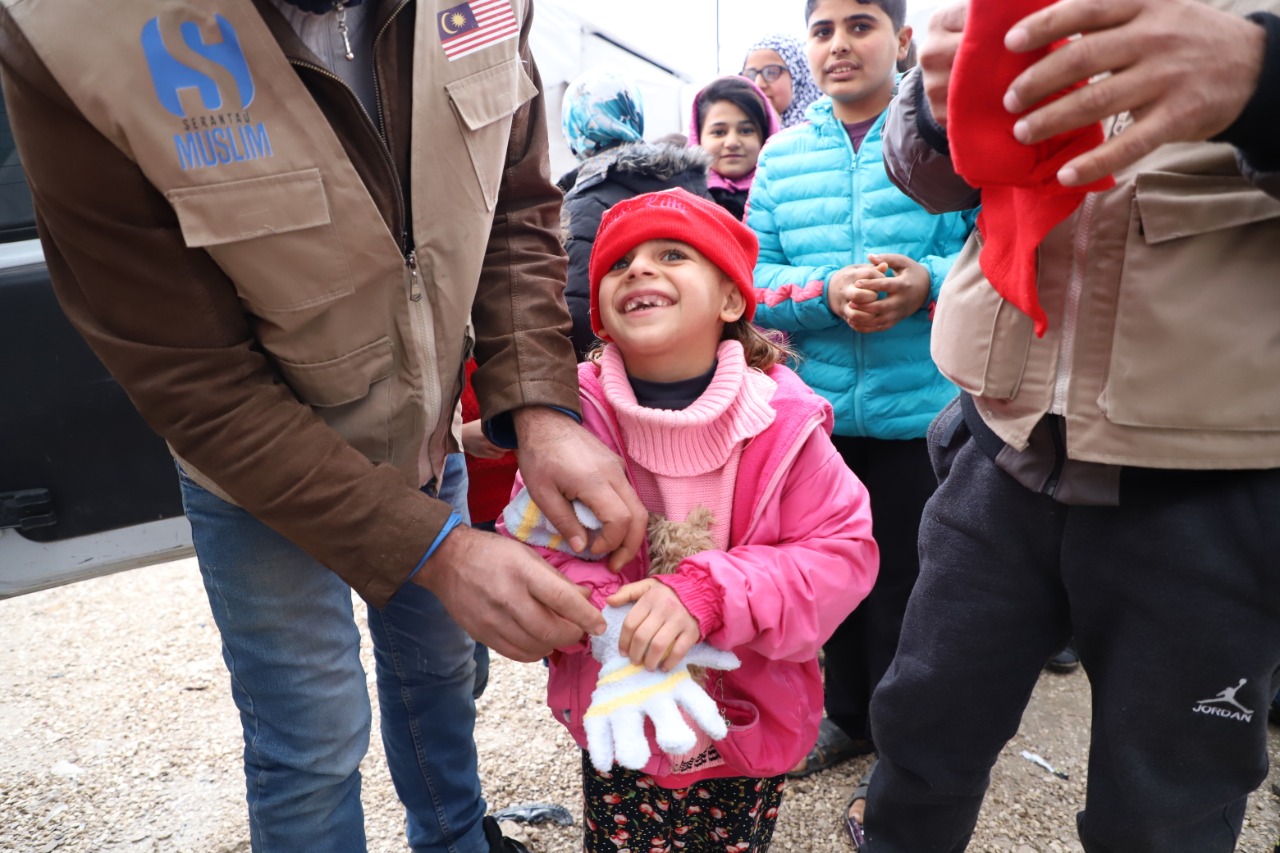 Share on whatsapp
Share on facebook
Share on twitter
Share on email
Yesterday, a delegation from the Malaysian Seranta Muslim concluded its representative mission in Lebanon, which aimed at implementing emergency winter relief projects in collaboration with URDA, to support the most disadvantaged -among refugee and host families during this stormy season and help them to withstand and overcome the freezing cold of winter.
The Malaysian delegation’s visit started last Friday at URDA’s Aramon compound, where food parcels and hot meals were distributed to 50 families. The distribution continued in URDA’s refugee camps in the Bekaa region, where heating fuel, bread, and blankets were distributed to 570 families. The border town of Aarsal had the largest share of distributions given the serious need and immense suffering among its people due to snow and floods at this time of the year. In Aarsal, food parcels, heating fuel, blankets, and woolen clothes were distributed to more than 1,000 families on Saturday and Sunday. The delegation then returned to the Bekaa region to check the charitable automated bakery, distribute bread bags, and accompany a number of families to buy winter clothing through purchase vouchers. 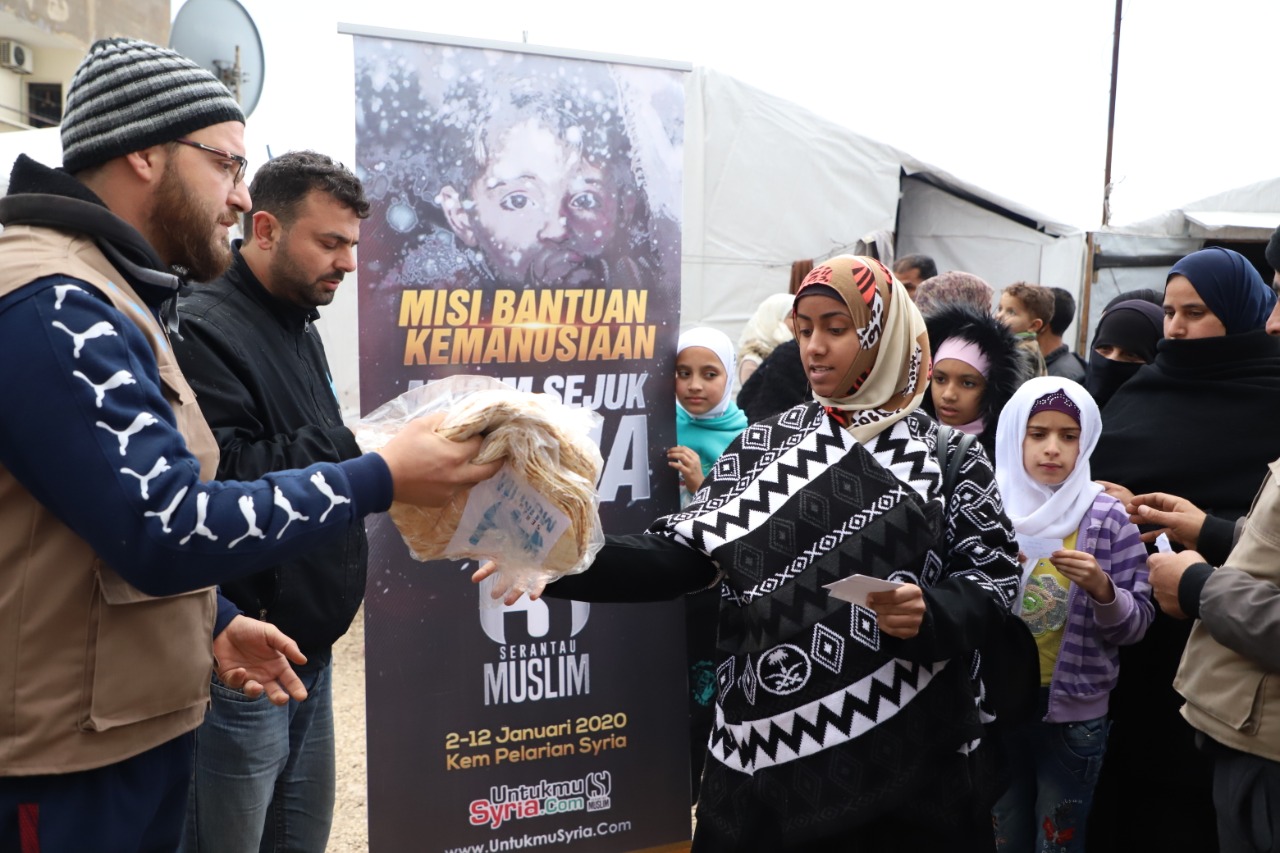 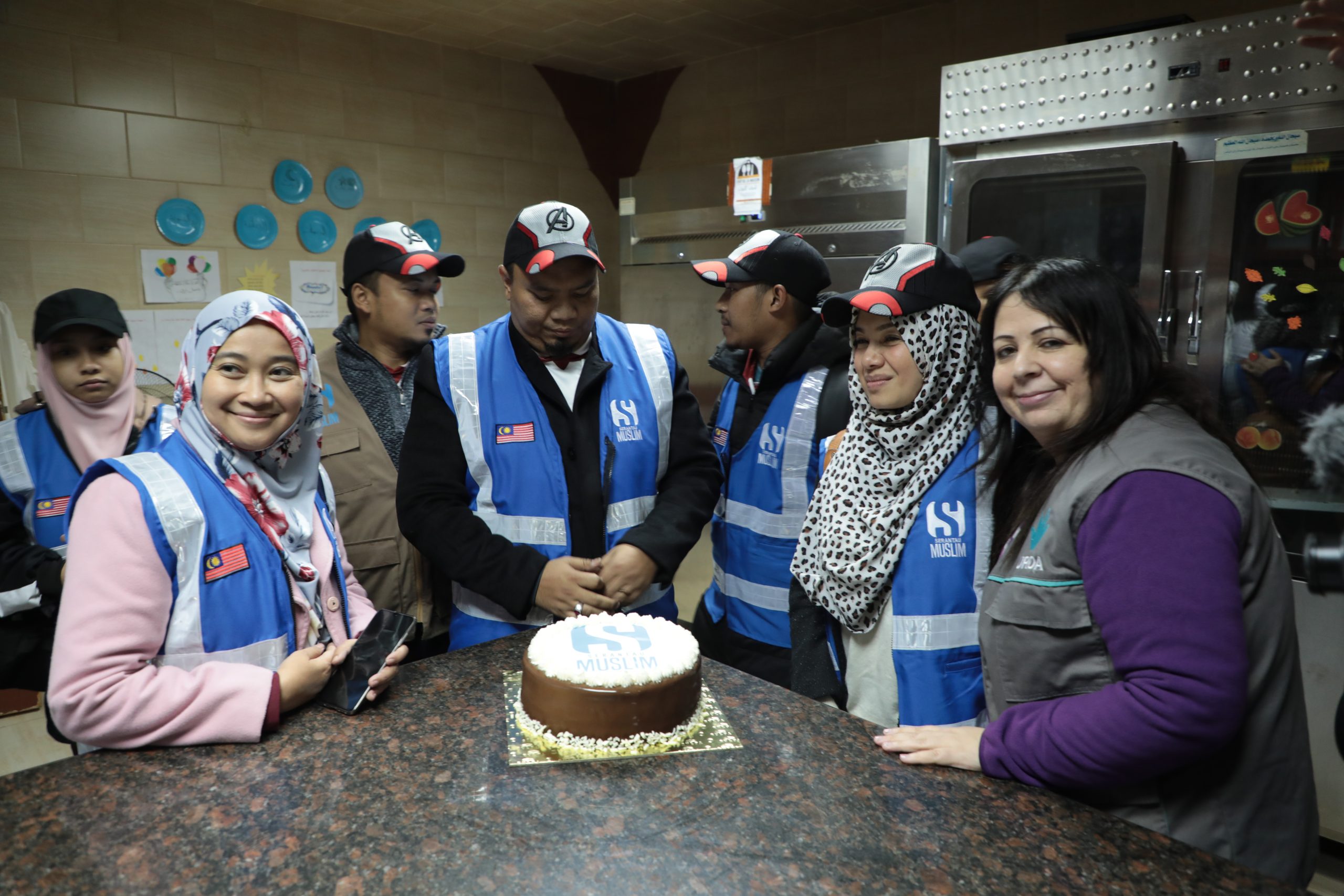 During the visit to URDA's charitable automated kitchen 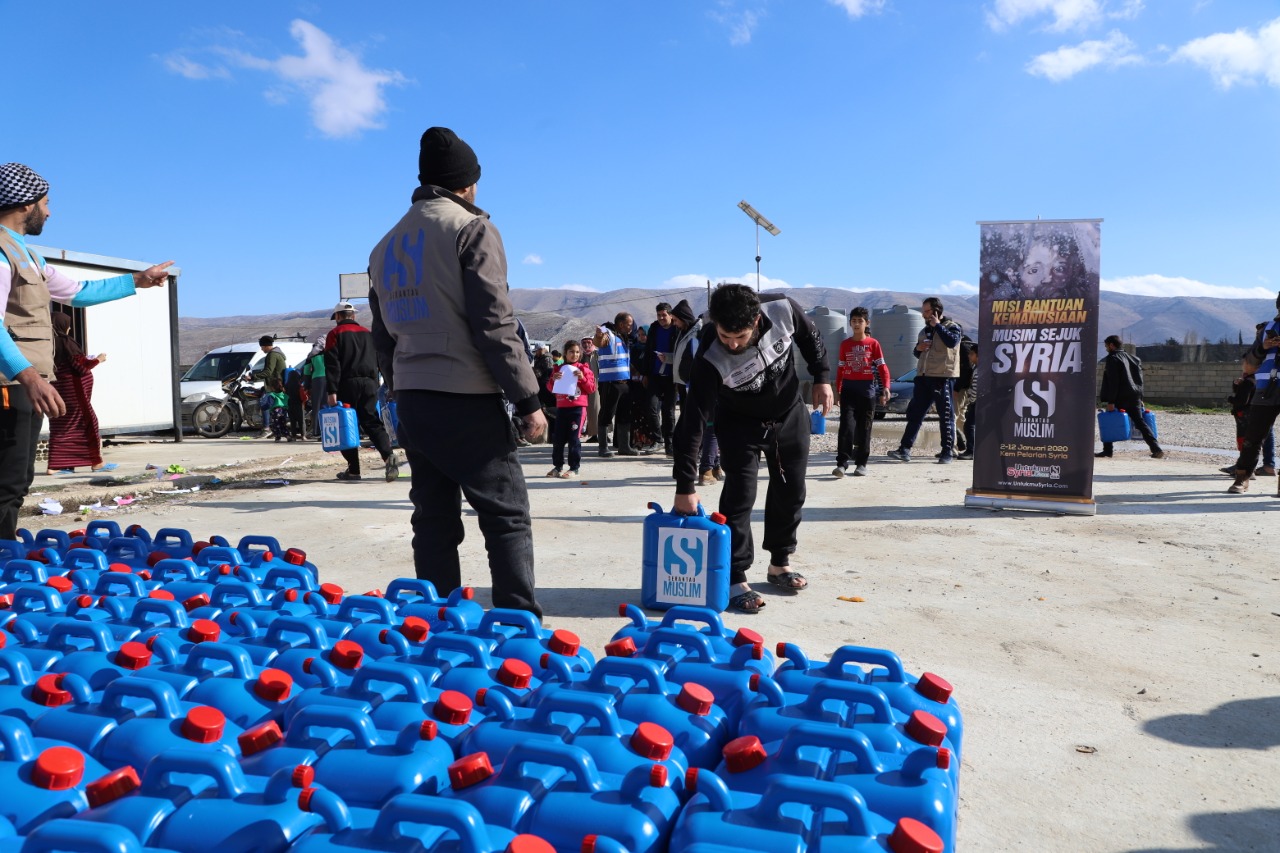 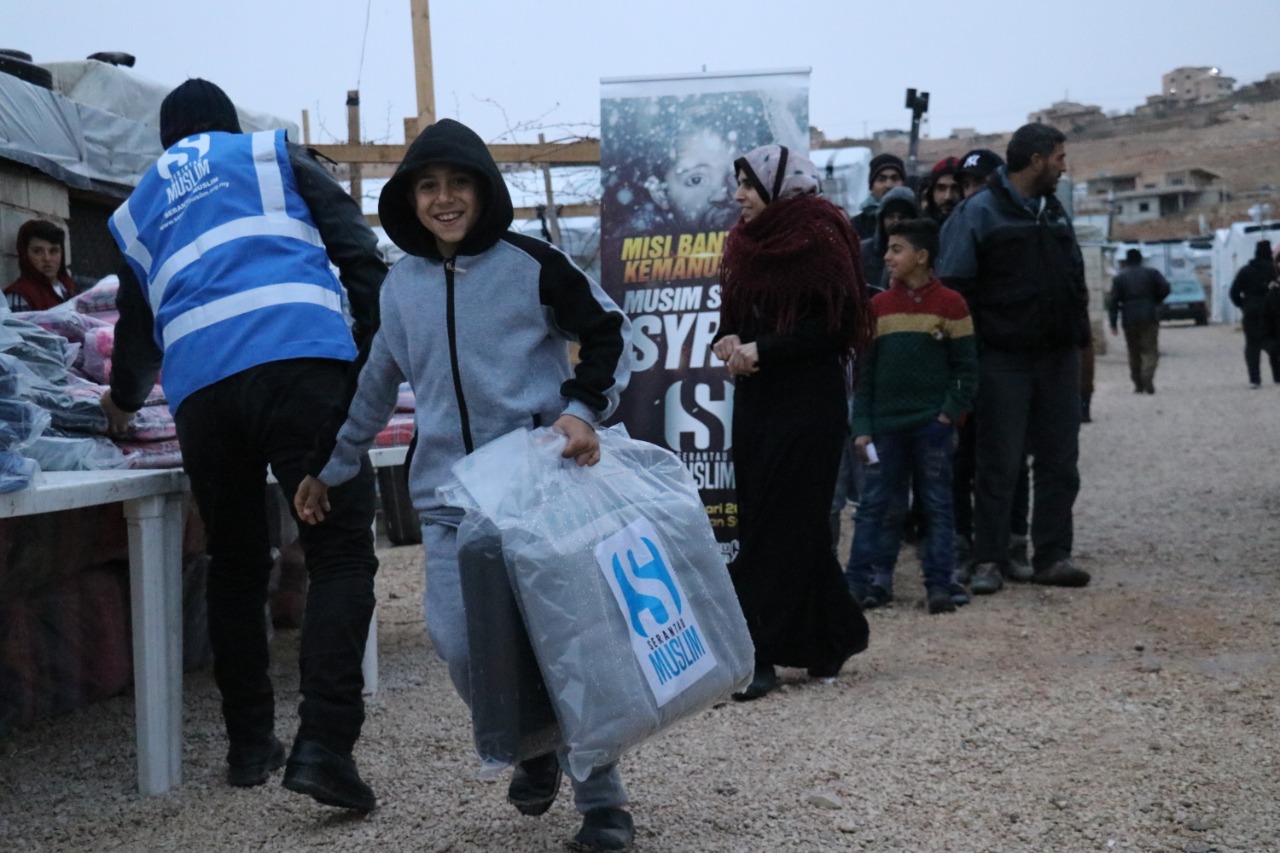 During the distribution of woolen blankets on disadvantaged families. 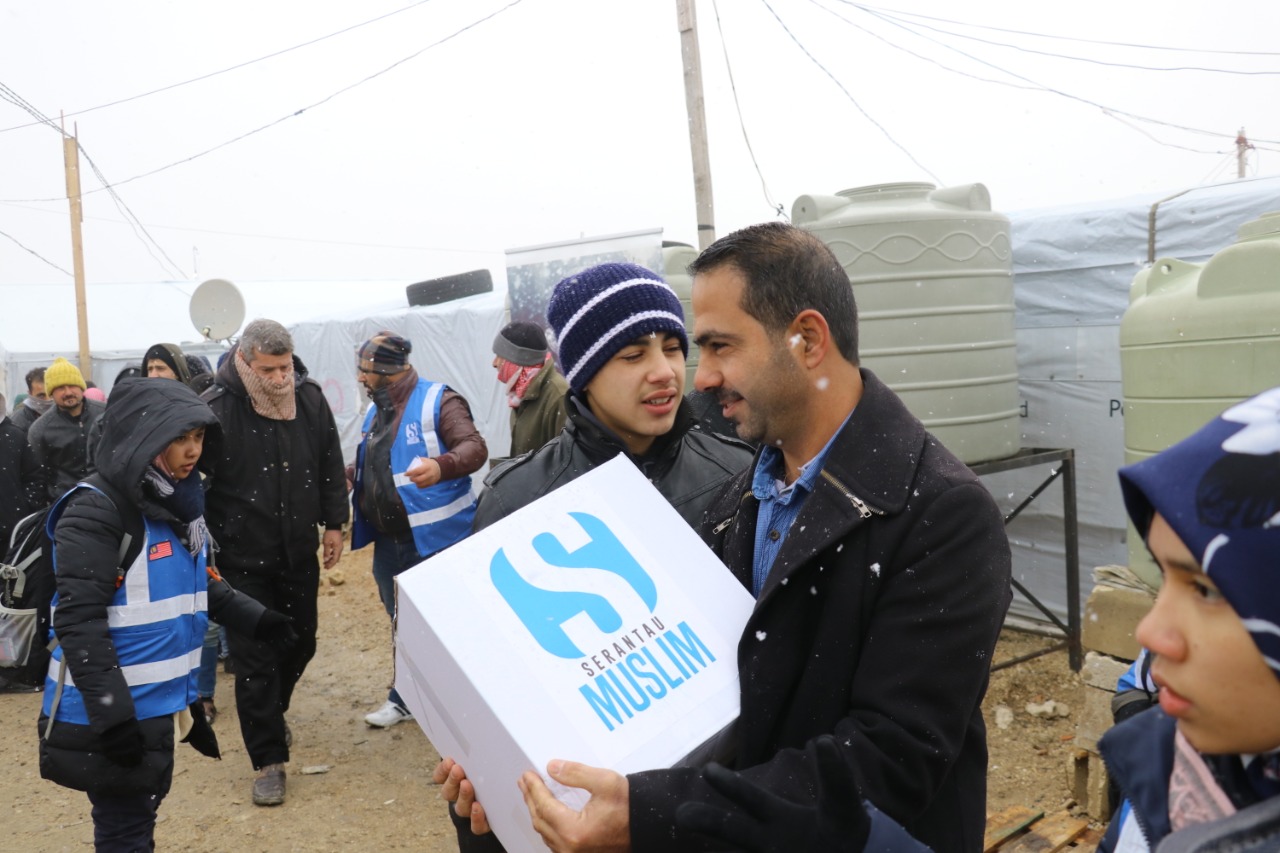 A kid happy with his new denim pants.

The visit concluded yesterday with the distribution of food parcels to 263 families in Bekaa.
One delegation member said: “Every time I visit these refugee camps, I feel deep pain and surprise at the strength of these families and how they cope with the difficult circumstances in which they are forced to live; how can that lady whom we visited smile midst this suffering? What affected me the most during this mission were the children, as they represent a large segment of the refugees who were affected by this agonizing crisis”.
In such a difficult time, Serantau Muslim managed to undertake such great projects to help thousands in need. All of these contributions are gratefully acknowledged by URDA and its beneficiaries as this humanitarian organization has always been adamant in warming the hearts of those burdened by the freezing cold of winter.