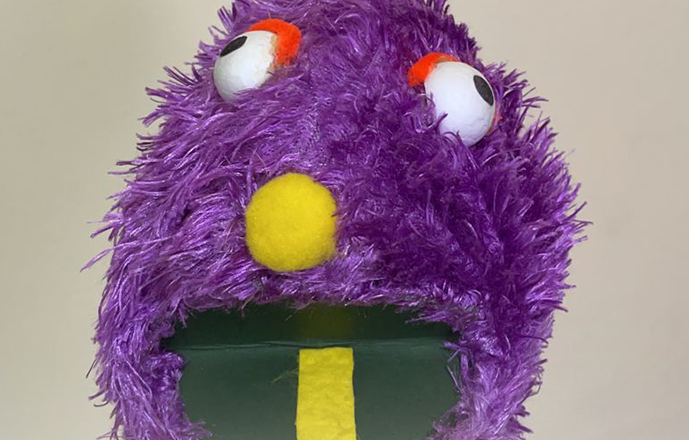 It is not just a small sewing project, it is a project that aims at drawing smiles and providing capacity-building for hundreds of children.

Aya, the 24-year-old talented young woman, discovered her talent in acting. She told our livelihood coordinator with a wide smile: “God has granted me the ability to make people laugh, especially during the current difficult situations where people’s faces have long been missing their usual smiles. Hence I established the “Educharacter” project which aimed to perform awareness plays for children as well as carry out entertainment activities that draw smiles on children’s faces.

After a while of dealing with the kids and performing plays, the idea of sewing dolls occurred to Aya’s mind! However, economic and financial conditions prevented any possibility of purchasing a sewing machine until the opportunity came to receive a grant from the “Women Empowerment” project in collaboration with URDA, which allowed this young woman to buy the machine and work on her first puppet to be used in future plays.