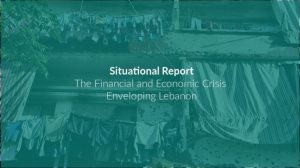 Share on email Share on facebook Share on twitter Share on whatsapp This situational report was prepared based on the current political changes and events, as well as the economic crisis affecting the Lebanese throughout the country. In addition, this report is based on several available reports and studies which have been submitted by URDA’s 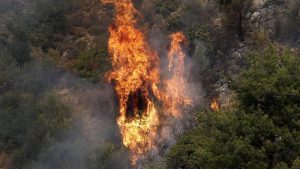 Share on email Share on facebook Share on twitter Share on whatsapp Raging Forest Fires in Lebanon: How and Why? Forests are the lungs of the earth and they play a vital role in the absorption of harmful gases and the release of pure oxygen. In addition to this key importance, they: Help in climate

Share on whatsapp Share on facebook Share on twitter Share on email Since the end of 2012 and with the rising tide of Syrian asylum seekers fleeing the bloody conflict that was escalating in their home country, several Lebanese areas, mainly those situated on the Lebanese-Syrian borders, managed to establish random refugee camps, some of

Situation Analysis Report: The Dangers of the Snow Storm “Norma” of Refugees in Lebanon

The situation analysis report was based on the expertise, data and available reports among the Union of Relief and Development Associations (URDA) team members in emergency response. Reports are mainly obtained from cases of disasters and crisis management at the refugee shelter sites across Lebanon for the seventh consecutive year since the beginning of the