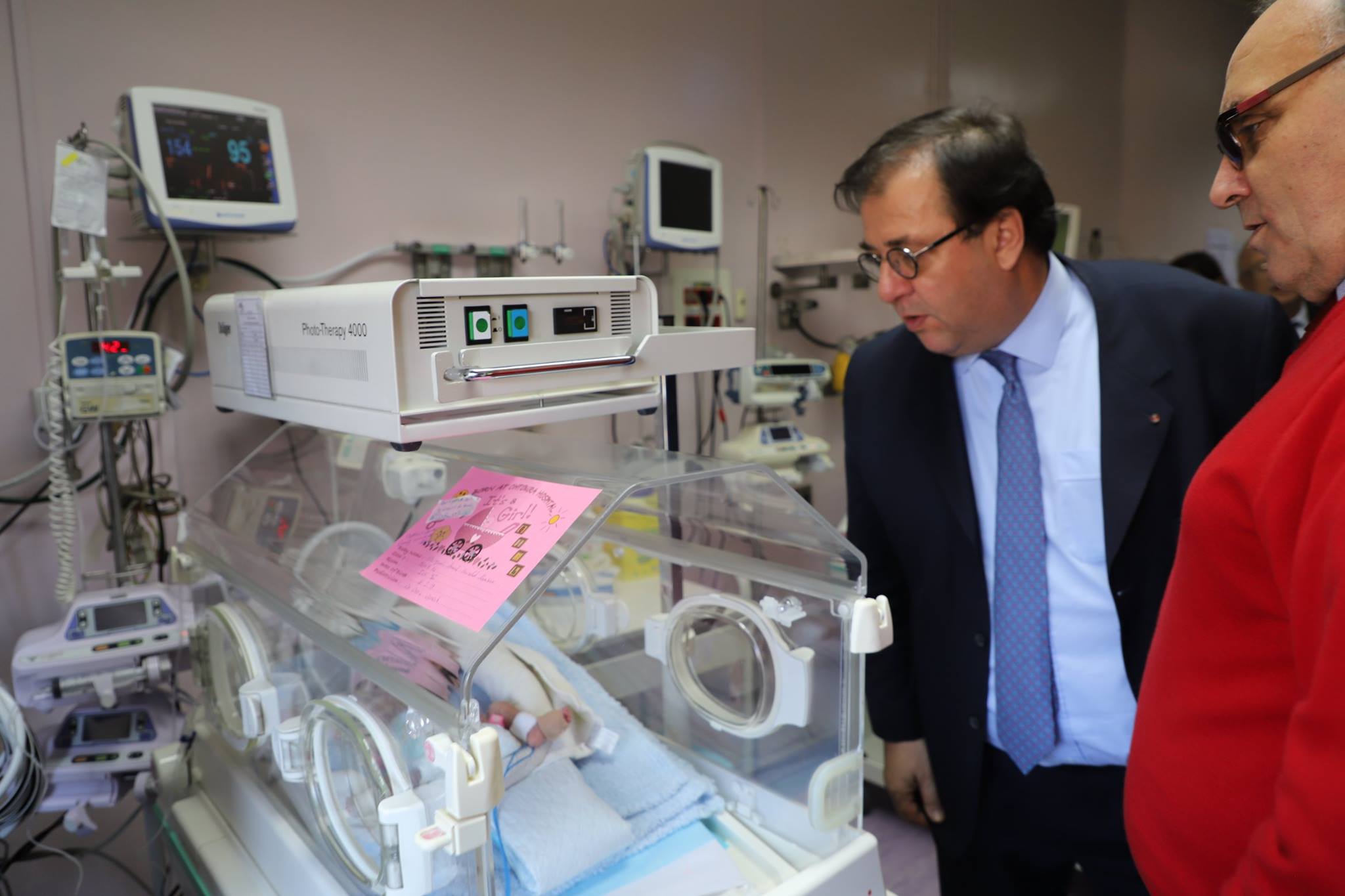 On Saturday 9th March 2019, his Excellency French Ambassador in Lebanon, Mr. Bruno Foucher, visited Chtaura Hospital in Mid Beqaa where refugee and vulnerable Lebanese children are being treated for orthopedic congenital abnormalities. This project is funded by the French Ministry of Foreign Affairs and Europe (Centre de Crise et de Soutien) and implemented by La Chaîne de L’Espoir and its partner URDA.

‪Since the inception of the project in December 2016 and thanks to the continuous support of the government of France, 954 children have been examined and 402 orthopedic surgeries have been performed at Sacré-Coeur Hospital in Beirut and Chtaura Hospital in Middle Beqaa.

Mr. ‪Foucher gave a listening ear to the problems and dreams on the children and their siblings who in return thanked France and wished for the continuation of this project since some children are in need of continuous follow-up and further operations.

Almost 800 children suffering from orthopedic congenital abnormalities identified in the scope of the project are currently in need of surgeries.