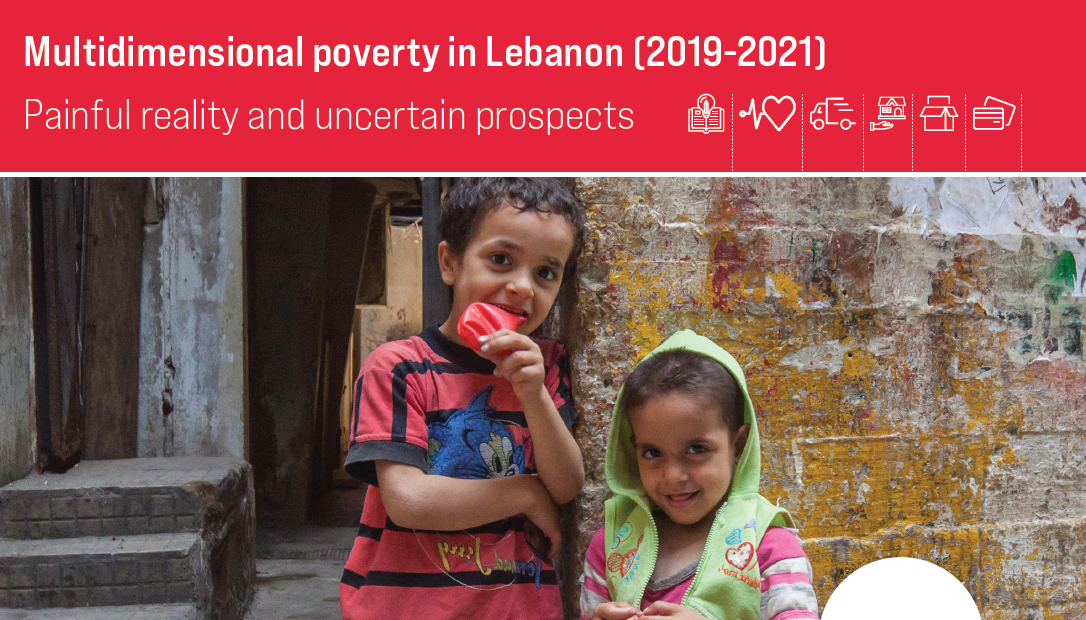 A study by the United Nations Economic and Social Commission for Western Asia (ESCWA) revealed that poverty in Lebanon had worsened “dramatically” in just one year, noting that poverty reached approximately 74% of the country’s total population.

A study published last week entitled “Multidimensional Poverty in Lebanon: Painful Reality and Uncertain Prospects, ” revealed that 82% of the population were living in multidimensional poverty, taking into account broader dimensions such as health, education and public services.

According to recent data from the new study, ESCWA indicates that the proportion of people living in multidimensional poverty doubled between 2019 and 2021 from 42% to 82%.

The ESCWA study indicates that the overlapping exchange rate shocks, which have been constant since the turn of the century, have generated enormous pressures, with currency depreciation and inflation rates rising from June 2019 to June this year by 281%, resulting in a lower standard of living for the Lebanese and non-Lebanese population and widespread deprivation.

“Since all segments of society are both affected by the country’s unprecedented economic and social crisis, the proportion of the poor with the highest educational attainment is close to that of the lowest.”