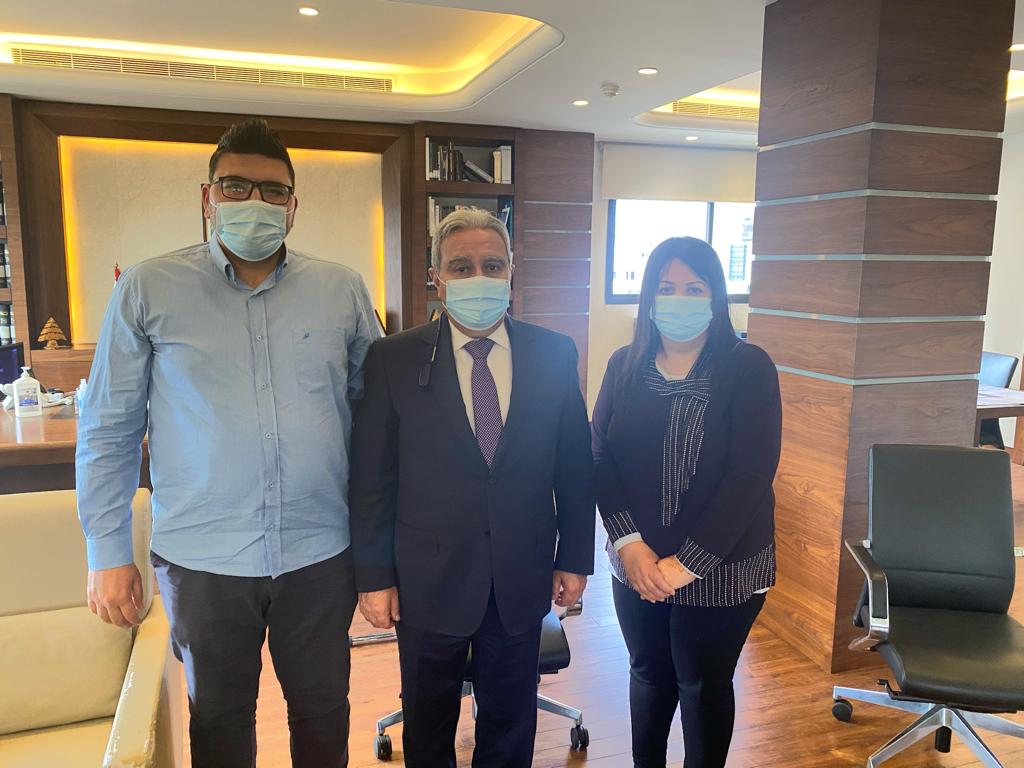 His Excellency the Minister of Social Affairs, Prof. Ramzi Musharafieh, met in his office on Friday, March 19, 2021, a delegation from the Union of Relief and Development Associations in Lebanon. URDA, represented by Haitham Mahmoud, Deputy General Manager,Jihan Al Kaisi, Executive Director, and Muhammad Ajram, the Monitoring and Evaluation Manager, to coordinate efforts to effectively respond to the needs of the most vulnerable individuals and families in Lebanon.

As a first step in the joint endeavors between the two parties, URDA’s delegation handed a letter that has been written for his excellency to sponsor a press conference at the end of April, aiming to announce the results of a field survey that URDA has worked on to study the needs and challenges faced by needy families in various Lebanese governorates. The study model included 1,700 families from different Lebanese regions to become a reference for humanitarian associations in Lebanon.

The meeting included various discussions centered on the suffering of the Lebanese and refugees alike in light of the deteriorating economic situation, the COVID-19 outbreak and other pressing matters.

In turn, the minister praised the integration and the specialized studies that civil society institutions are working on, especially URDA’s humanitarian role in the various relief specialties that cover most of the Lebanese regions. He also welcomed the idea of a field survey and the sponsorship of the press conference.

Help thousands of underserved Lebanese families during the most difficult times in Lebanon's history.
Donate Now