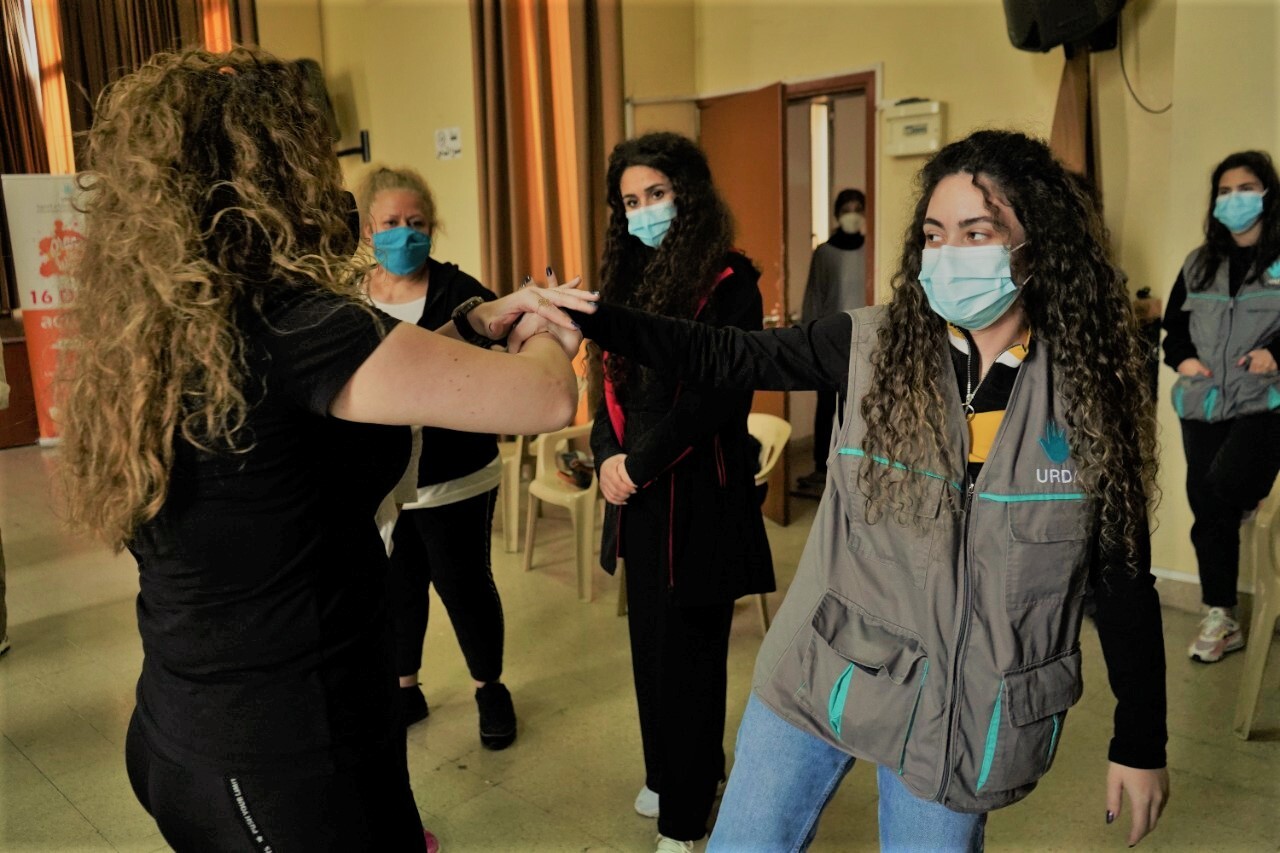 The gender-based violence team in URDA’s protection sector conducted an awareness-raising session on protection from sexual exploitation and abuse on 3/12/2021 in Burj Hammoud, Beirut for some 15 Syrian and Lebanese young women and girls.

This session aimed at raising awareness on reducing sexual exploitation and abuse that the beneficiaries might be subject to by a service provider.

The event concluded with a self-defense training session, which provided the beneficiaries with ways for participants to defend themselves. The participants then released helium balloons in the air where their hands were stamped to express freedom.