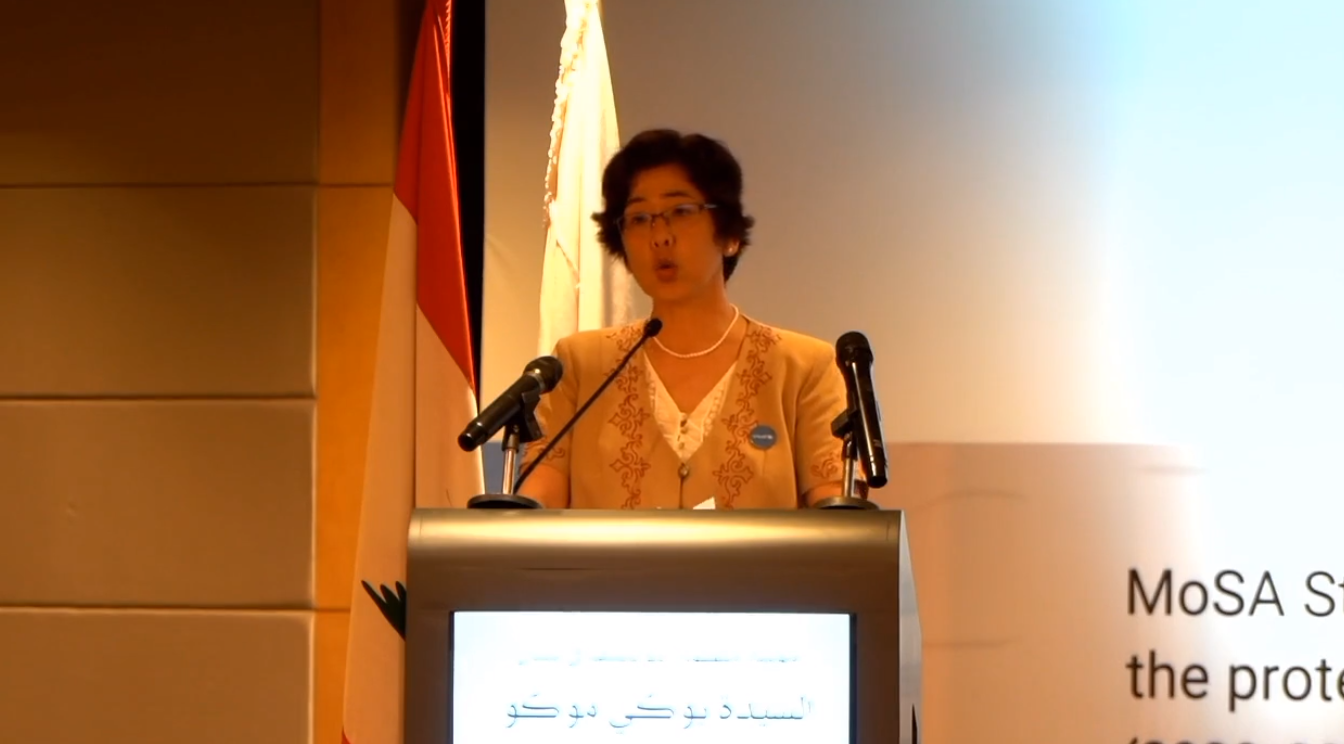 In the presence of several deputies, ministers, ambassadors, and diplomats, the Ministry of Social Affairs, with the support of the European Union in Lebanon and in partnership with UNICEF and other multiple donors, launched the Strategic Plan on the Protection on Women and Children from 2020 to 2027.

As an immediate demonstration of the ministry’s commitment towards children’s and women’s protection, “Qudwa”, the national Social Behavioral Change and Communication Plan to prevent child marriage, child labor, and violence against girls, boys, and women in Lebanon, is also being launched. The Qudwa initiative is designed to encourage behaviors that promote the wellbeing, dignity, and equality of women, girls, and boys in Lebanon. 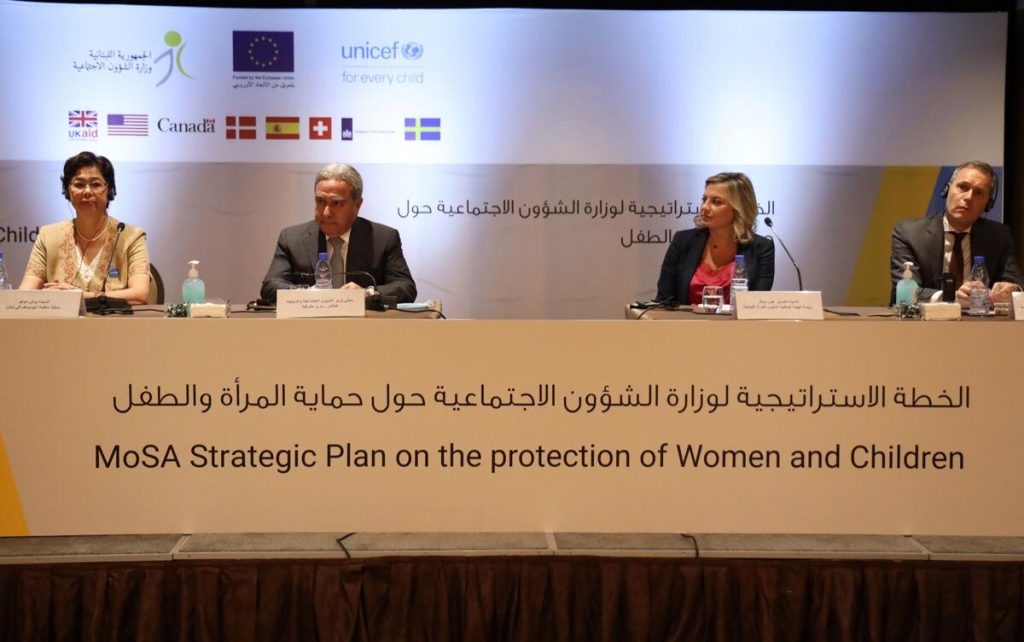 “Today is a very important day in Lebanon, where we are gathered with a lofty goal to protect children and women from any kind of violence, neglect, and exploitation,” said Ms. Yokie Mokuo, UNICEF’s representative in Lebanon during her speech yesterday. In turn, she stressed that she refuses any form of violence as UNICEF has a policy that shows total intolerance of violence. An effective integrated plan has been worked out to protect children and women which still needs a lot of steps.

According to a 2017 UNICEF study, 57% of children were subjected to at least one type of disciplinary violence. Domestic violence is mostly experienced by women, where it has increased in proportions during the COVID-19 crisis due to the quarantine measures. A child-friendly justice system is absent, a high rate of early marriage, and children working. It is necessary for ministries other than the Ministry of Social Affairs and associations and the private sector to participate in the next steps of the plan.

“Qudwa” seeks to reduce four key themes, including child-oriented violence, violence towards women, early marriage, and child labor. “Qudwa” provides a clear plan to change harmful practices and health-related behaviors to protect children and ensure equality where the plan is to create a healthy role model for protection.

Today is a very important day in Lebanon, where we are gathered with a lofty goal to protect children and women from any kind of violence, neglect, and exploitation.

The Head of Operations in the European Union, Mr. Reinirus Nieland stressed that such achievement is a major step in the field of protection and life-preservation of children and women. His speech echoed UNICEF’s representative, but also stressed the need to integrate people with disabilities in offered services and refrain from displaying any form of discrimination in all areas of work.

In her speech, the National Commission for Lebanese Women’s president, Mrs. Claudine Aoun Roukoz stressed the role of men’s participation in this step. Aoun’s highlighted the issue of working women and the lack of equal rights despite women paying taxes like men. She also mentioned the discussions made by the house of representatives concerning laws related to custody, domestic violence, early marriage, the law on nationality, and social security.

In the final speech made by Professor Ramzi Musharrafiya, Minister of Social Affairs and Tourism in Lebanon, his speech was brief where he talked about the plan and stated that protection is a human right and a duty towards children and women.

Women’s participation in politics has also been drawn, especially in the current Lebanese ministry.