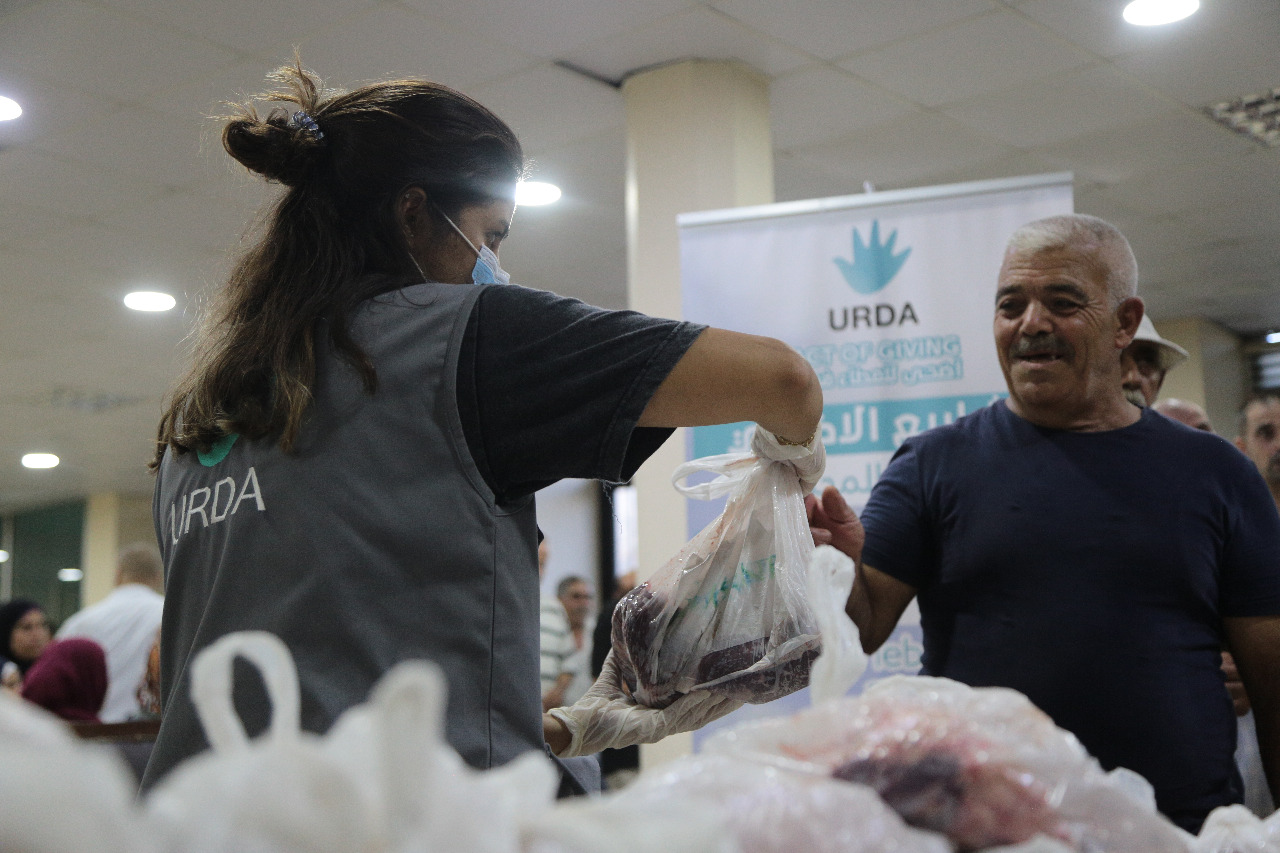 Under the slogan “Act of Giving” URDA launched its Adha project for year 1441/2020 in various Lebanese regions, where relief teams supervised the distribution of 17,322 meat portions to some 17,320 disadvantaged families of various Lebanese, Syrian and Palestinian nationalities as well as Turkmen families.

This seasonal project, which URDA carries out annually, has arrived differently this year considering the COVID-19 outbreak. WHO’s strict preventive and public safety measures have been fully adhered to while implementing projects and distributing meat portions to beneficiaries.

It is worth mentioning that meat portions were delivered to beneficiaries of all nationalities, specifically families in Benin, Al-Tanak neighborhood in North Lebanon, Doris in Baalbek, Saidon, Tyre and Al-Arkoub villages South Lebanon, as well as Aarsal, Bekaa and other areas and slums, where the number of beneficiaries reached 86,600.

More than 12 humanitarian organizations from around the world supported our Eid Al Adha projects and contributed to feeding of the most impoverished families, which was reflected in the smiles on the children’s faces for their Eid had a different taste this year.