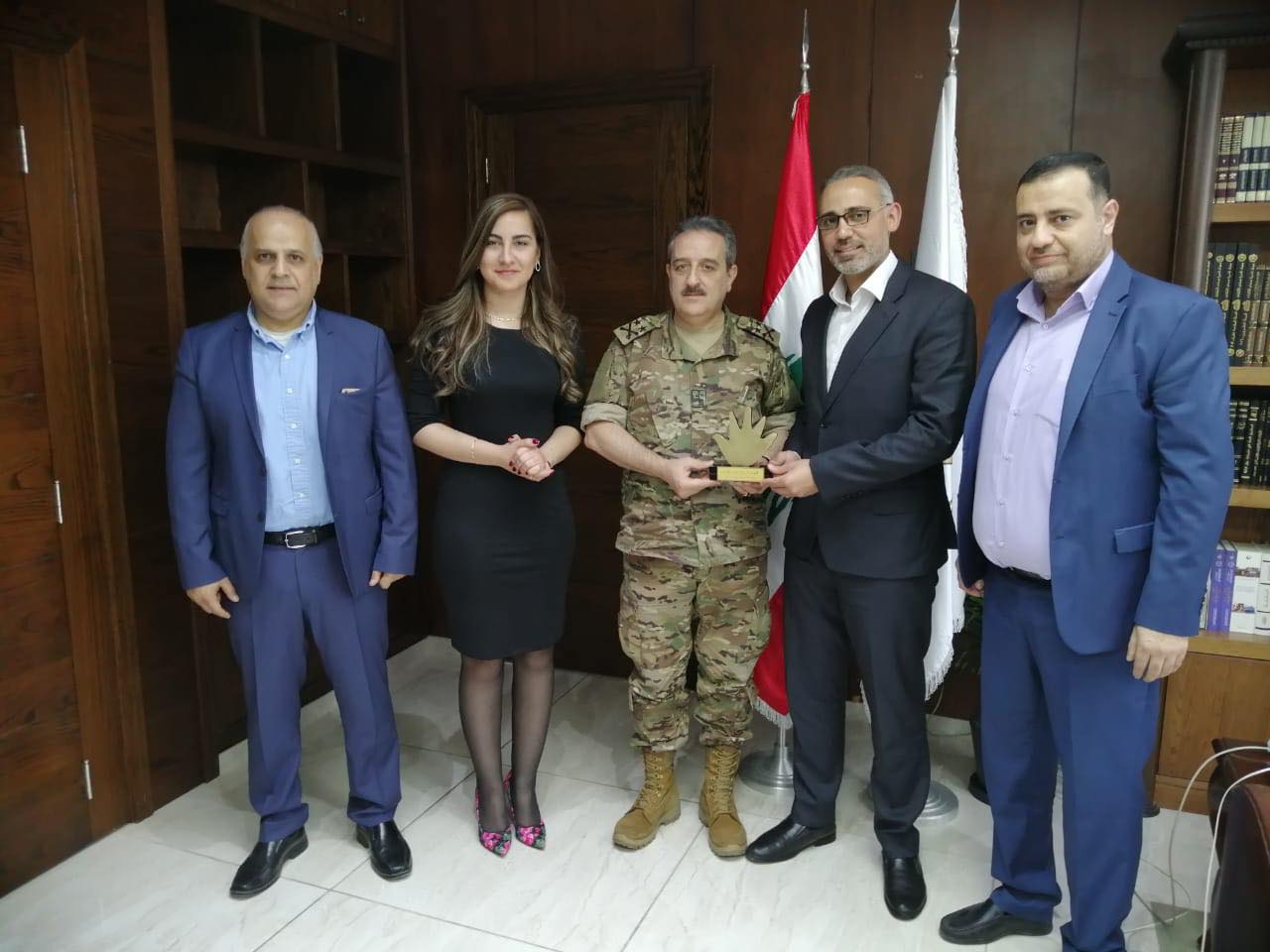 A delegation from URDA visited the Lebanese Ministry of Defense and the Lebanese Army command in Al Yarzeh, Lebanon, where it met the Army Chief of Staff, Amin al-Aram to congratulate him on his appointment. The delegation also met with the Deputy Chief of Staff for Personnel, Brigadier General P.S.C Khalil Yahya and the Director of Operations, General Jean Chidiac.

The delegation discussed the situation and conditions of the Syrian refugees in Lebanon where the leadership was informed of the Union’s support concerning actions taken by the Lebanese army to maintain security and stability in the country while taking into account humanitarian affairs. The delegation also stressed the support of the union for the safe and dignified return of Syrian refugees to their country and discussed ways to activate and facilitate this return.