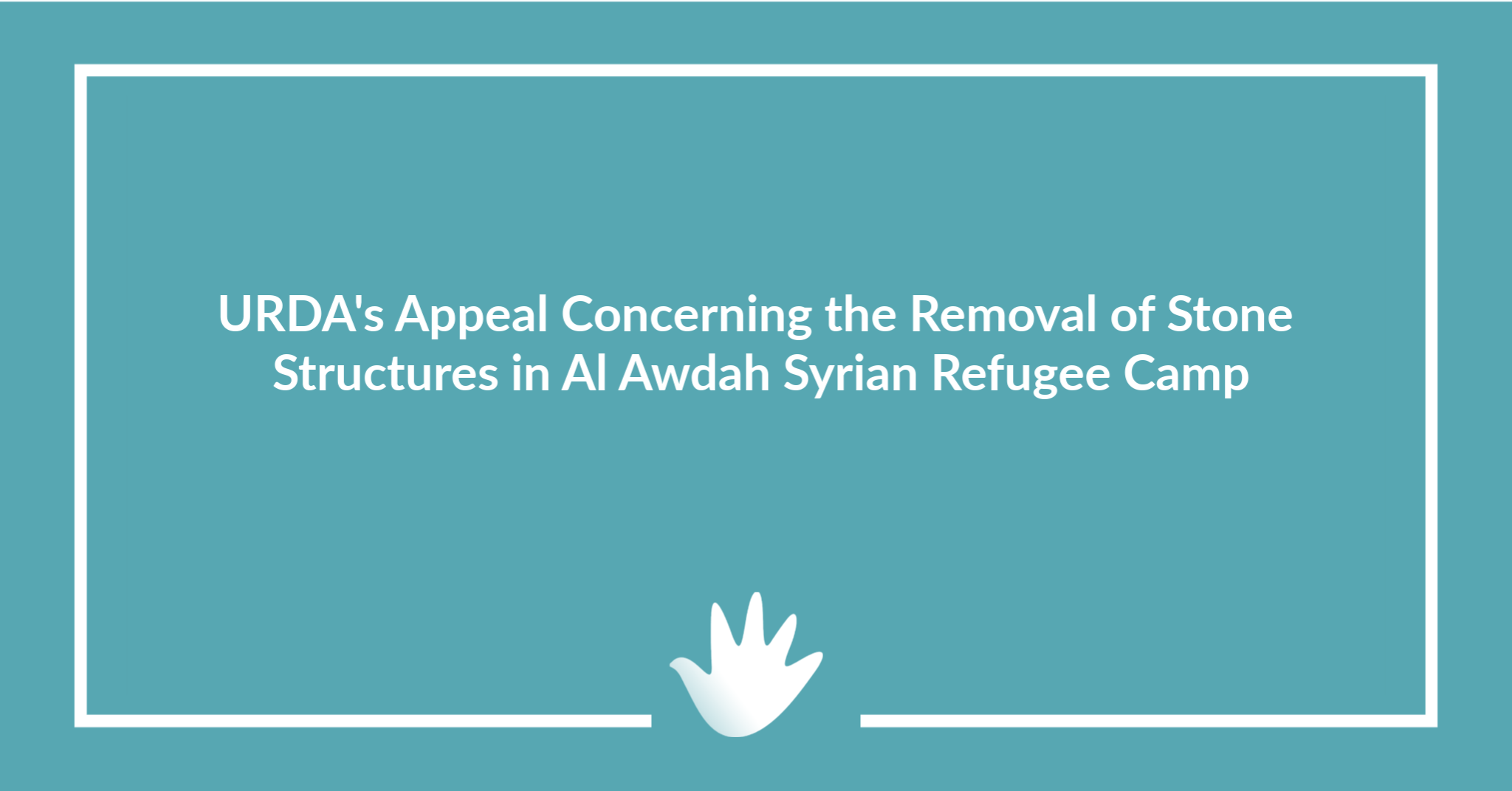 On 27-5-2019 URDA was notified by the commander of the sixth intervention regiment in the Lebanese Army about the decision made by the Lebanese authorities concerning the removal of stone walls that have been build inside the tents, in addition to any stone-walled chambers with tin ceilings.

URDA has made the necessary calls with the concerned parties to understand the nature of this sudden request and to start collaborating and coordinating with the concerned ministries including the Ministry of Interior and the Ministry of Social Affairs, in addition to the several donors, mainly, the UNHCR, to start securing alternatives for refugees who we’ll have to restructure their residences. Based on these calls, URDA announces that it has just started executing this decision gradually where this process is expected to end as fast as possible. In this process, 180 stone chambers with tin ceilings will be replaced with tents inside the mentioned camp where the set description of the tents that was provided by the Lebanese authorities will be respected.

URDA believes that they are obliged to understand the justifications for such decision and promises to comply with this decision, however, the Union calls for an extension for this notice period so that the removal of all chambers and stone walls can be completed, knowing that there is a very large number of chambers.