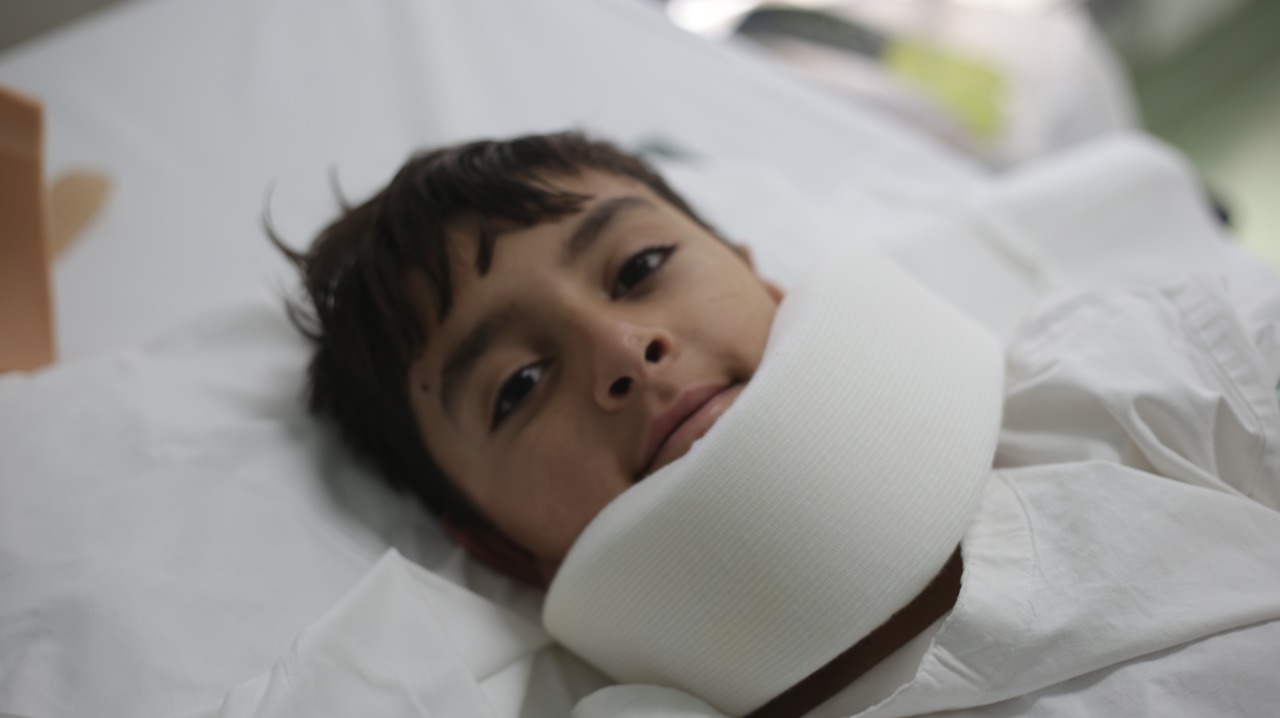 After weeks of waiting and praying to end the persistent pain he felt due to Kyphosis, the 12-year old orphan child “Hadi Abu Hammoud” finally managed to undergo surgery last Thursday.

Prior to his operation, Hadi was terrified that his operation would fail, and as he exited the intensive care unit, he said with a frail smile on his face: “I did not expect the pain in my back and my feet to reach this unbearable intensity, but my trust in God and the sincere prayers from many kind-hearted individuals were enough to make this operation succeed, and I hope I would be able to walk again.”

The mixed feelings in Hadi’s hospital room were very evident and while he fears what surprises the coming days will bring, he hopes that he will be back on his feet again thanks to the support and love of his family.

Hadi’s mother stated that his condition is stable now, but he needs continuous medical follow up, routine physical therapy sessions and medication. She also stressed that Hadi’s psychological state is improving, and more importantly, his pain has started to subside.

All thanks and gratitude go to all the great people who helped in easing Hadi’s suffering, especially Africa Muslims Agency (AMA), which will keep supporting Hadi throughout his treatment, in addition to supporting many other patients and orphans in their medical and psychological treatments.