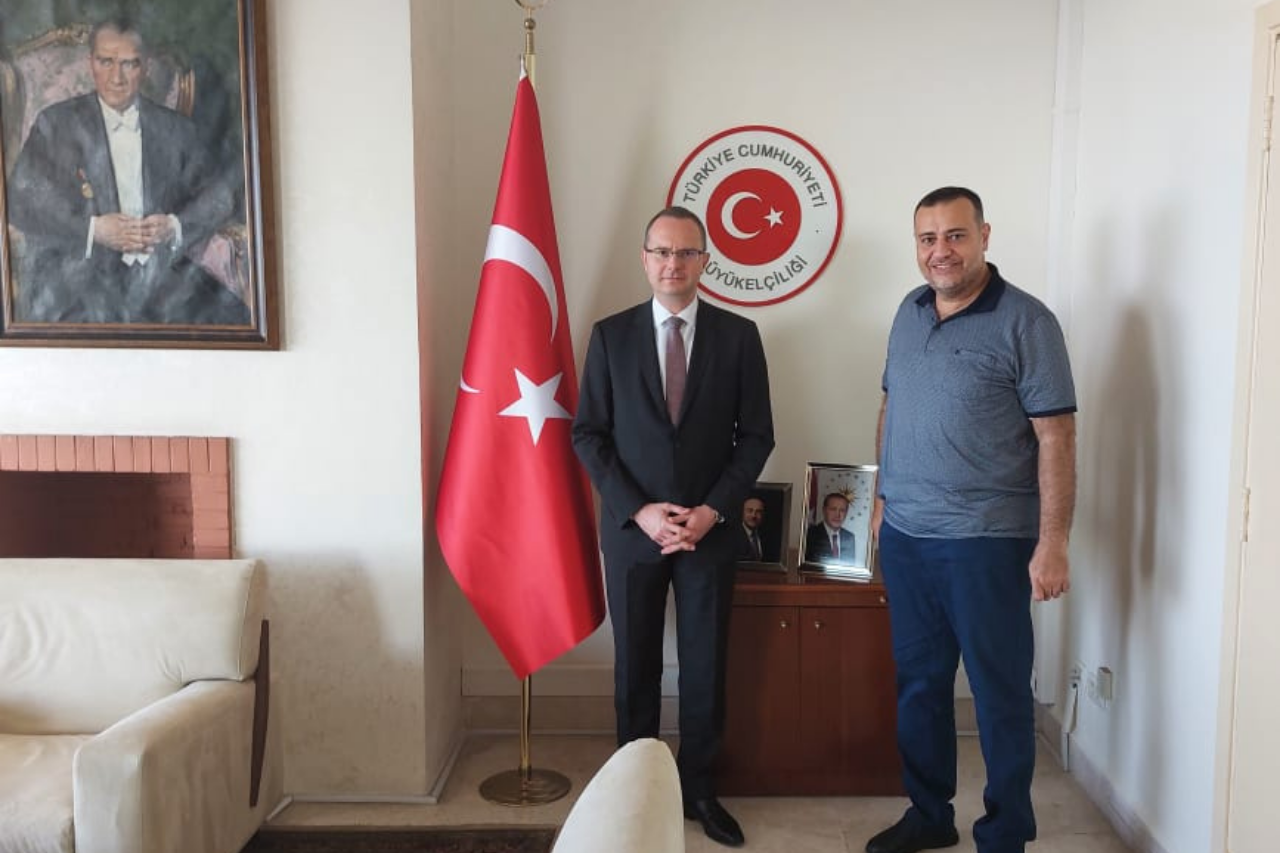 A delegation from the Union of Relief and Development Associations in Lebanon, headed by General Manager Mr. Houssam El Ghali, and his deputy, Mr. Haitham Mahmoud, visited his excellency ambassador Ali Baris Ulusoy, at the Turkish Embassy headquarters in Beirut, and congratulated him for taking up his new duties.

The visit was an account of the humanitarian work of URDA in various sectors and areas covered during the current economic conditions in Lebanon. The delegation thanked the efforts of the Turkish Government and the Turkish public for their contributions and efforts to provide relief and support to the Lebanese people during these difficult circumstances.

In turn, His Excellency the Ambassador stressed the need for continued support and the opening of new avenues for assistance with all Lebanese friends in all regions.

At the conclusion of the visit, the Director-General of His Excellency Mr. Al-Sverdhagen visited the URDA offices for close information on their work.