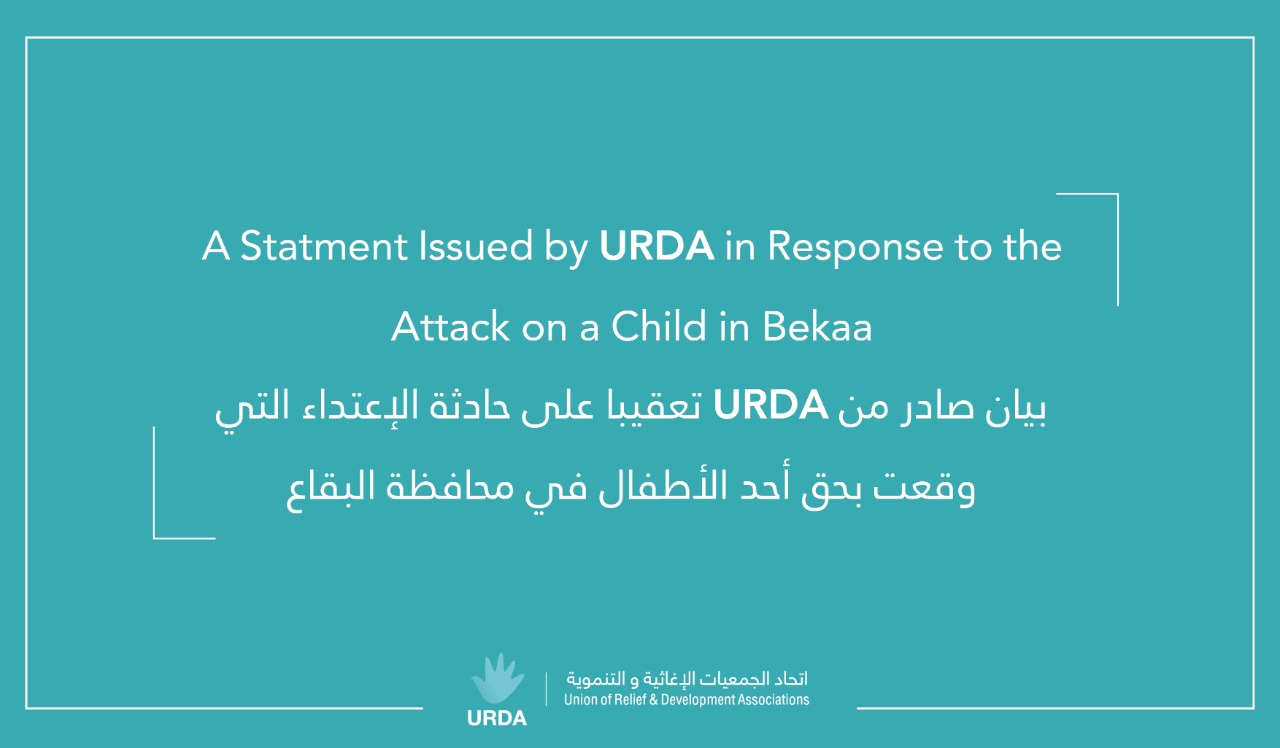 Share on whatsapp
Share on facebook
Share on twitter
Share on email
A Statement Issued by URDA in Response to the Incident of the Attack on a Child in Bekaa
In response to the attack that took place in Bekaa governorate against a child under the age of 13 where the aggressors inflected inhumane and immoral acts against him, including the psychological and physical torture and violations and their depiction of this crime, URDA expresses its shock of this crime in the strongest terms of condemnation. It also affirms that this barbaric act is an attack on the entire society and a flagrant violation of all human values and international conventions that protect the rights of the child.
It is also stipulated in the International Convention on the Rights of the Child, which was ratified by Lebanon back in 1990, in articles 19 and 34 the protection of children from all forms of abuse and psychological, physical, and mental abuse.
We express our full solidarity and stand by the child victim and his family and are currently working to communicate with them to provide psychological and physical support and care to the victim to overcome the negative impacts of this crime.
We also call on all media and social media outlets to stop circulating images and videos of this crime and delete them from search engines to protect the child and his family.
We are confident that the attackers will be brought to justice to receive their just punishment for what they have done.