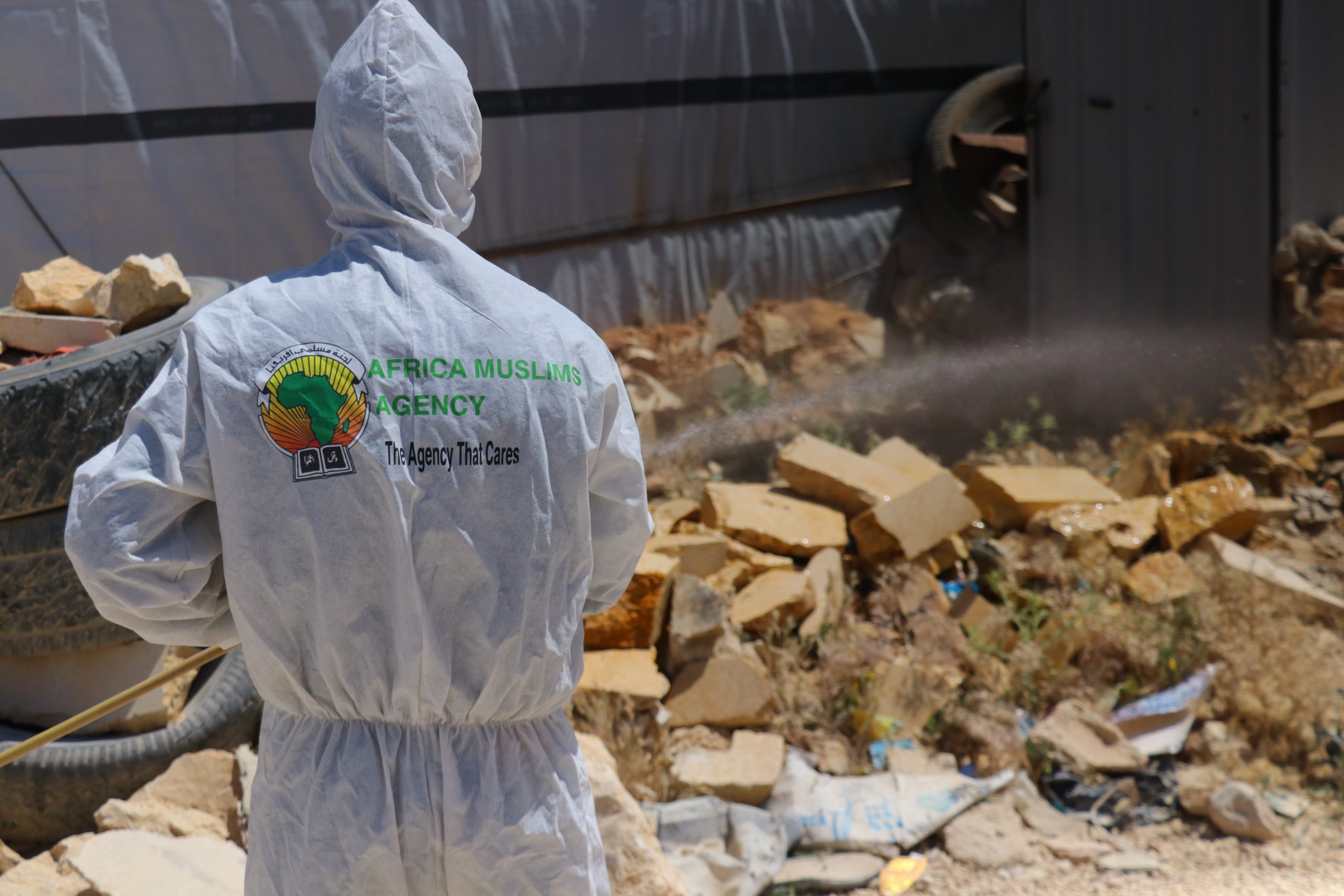 In collaboration with URDA, Africa Muslims Agency continues its humanitarian support for the underserved groups in Lebanon, including refugees and the poor. With the rise in temperatures and the approach of the summer season, swarms of insects are sweeping most of the Lebanese regions and refugee camps which has been alarming to the residents, who have been quick to appeal to the concerned parties who could intervene to combat this “phenomenon” and prevent its proliferation, at a time when people are still suffering from the coronavirus outbreak and fearing its health consequences.

This situation has prompted AMA to launch a pest control campaign, by spraying pesticides in the town on Aarsal to continue and reach refugee camps in the Bekaa and the north.

It is worth mentioning that this insect infestation is due to certain climatic and food factors, where the heat wave that has been witnessed in Lebanon, after a phase of a humid and mild climate, has led insects to come out of the ground in search of shelter and food.

How Can You Help Refugees?