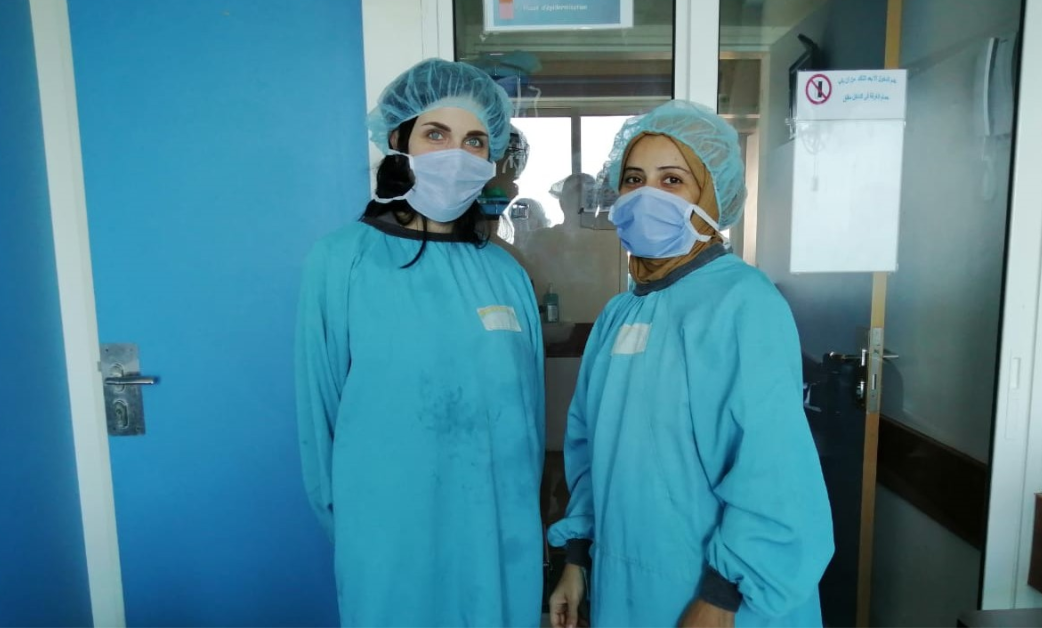 “Suddenly and without introductions, the tragedy occured! The scene was too much to absorb or understand; my baby was in my arms and my other child was screaming in pain”. This is how Angham’s mother recalled the incident to which her child was exposed as tears poured down her cheeks. Despite her excruciating pain, Angham lied in her bed clinging to her doll in one hand with overwhelming joy, while holding her mother’s hand in the other as she continues narrating the incident; “Due to the severity of her burns, Angham then passed out to wake up here and find herself surrounded by  respirators in the ICU.”

Angham Abu Hashish, a 4-year-old girl, has been in Al-Salam Hospital / Tripoli (Burns Unit) for two weeks after she suffered from severe burns to her face and body following a boiled water burn incident.

Yesterday, URDA team visited Angham to check on her health, and discussed her case with her doctor who informed the team that she suffers from second and third degree burns and although her condition is stable right now, she needs a number of surgeries, some of which are cosmetic, in addition to several medical tests that should be performed on a regular basis, and medication that will accompany her for a long period of time.

Through the Union of Relief and Development Associations (URDA), Africa Muslims Agency (AMA), has been responsible for Angham’s treatment.

Although burns covered 40 to 60 percent of the her body, Angham’s little smile was enough to cover up part of her pain as she holds her doll and spreads unprecedented hope around her.

All appreciation goes to the African Muslim Agency, which has always been proactive in helping every person in need, and to all the humanitarian hands whose actions have been bringing smiles to the faces of others.