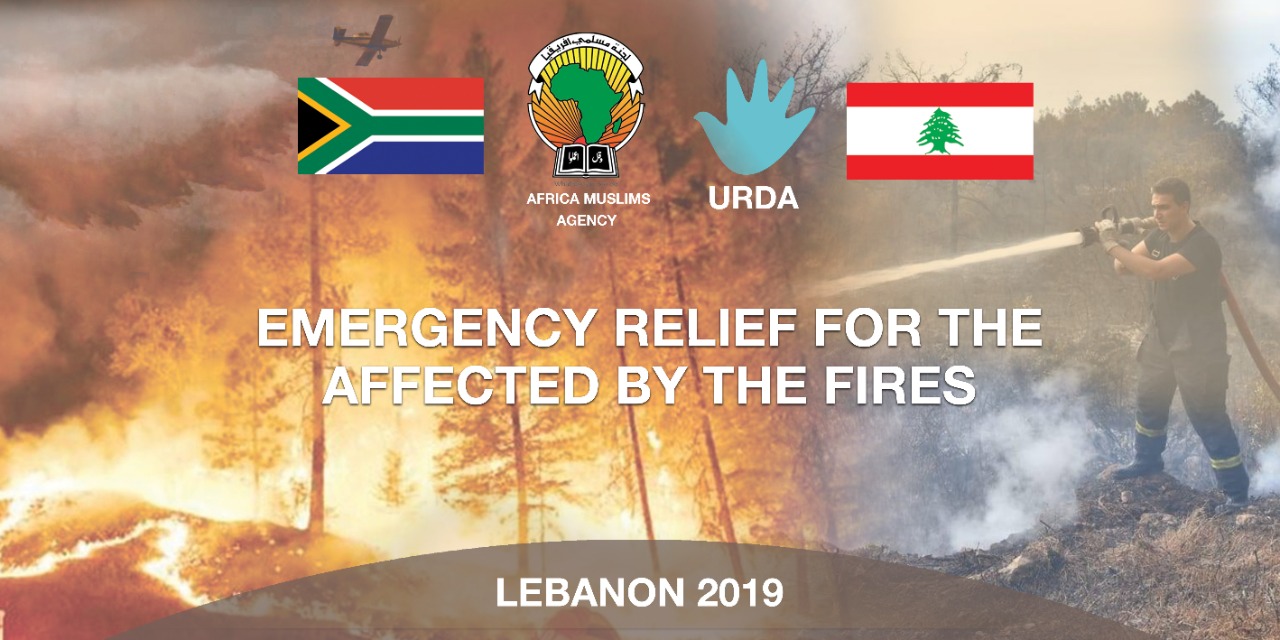 The sweeping fires throughout Lebanon have occupied the Lebanese who rushed to extinguish the terrible fires that destroyed large areas of forests which reached residential areas and the houses of civilians and forced them to flee their homes. The incident resulted in damaging a number of vehicles throughout the country.

Upon this sudden crisis, Africa Muslims Agency SA responded immediately to this humanitarian crisis in collaboration with URDA to help rescue the affected families in Dibbieh area which was the most affected area in Lebanon.

This intervention includes the distribution of water and cold food parcels (ready to eat) to 200 families from different religious sects, in addition to the distribution of 3000 bottles of drinking water to firemen helping in extinguishing the fires.

Thank you, AMA, for always being proactive in delivering aid to those in need.