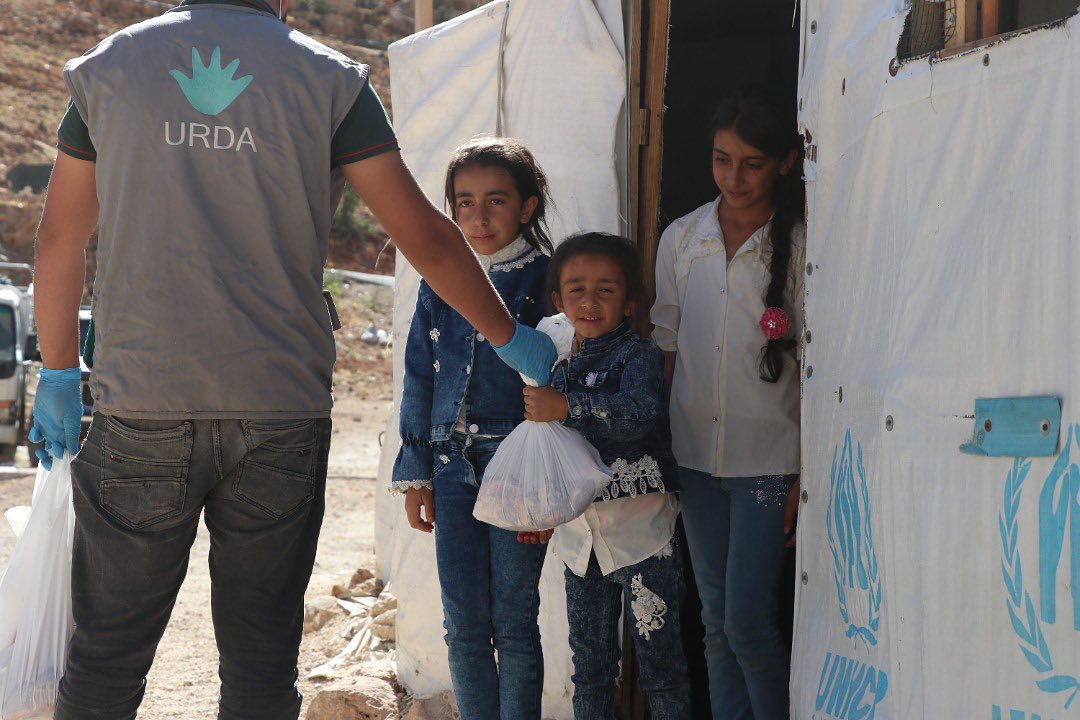 More than 22,000 families benefit from the Adha campaign for the year 2022 AD / 1443 AH .
The Union of Relief and Development Associations in Lebanon (URDA) concluded the campaign “Adha Together” for the year 2022 AD / 1443 AH, which was aimed for the most vulnerable families of different Lebanese, Syrian and Palestinian nationalities in various Lebanese regions. The sacrifices for this year included 990 sheep and 282 calves, which were offered to about 22,680 families in Arsal, Bekaa and the North, in addition to Beirut and Mount Lebanon, all the way to Sidon and Tyre. During the four days of Eid, and around the clock, URDA field teams were fully prepared to offer Meat rations to the needy in accordance with legal and health standards to ensure the safety of meat and the availability of health conditions in it, especially in light of the high temperature.
The number of workers on this project this year reached more than 100 individuals, the bulk of which are volunteers. They chose to spend the Eid in serving the needy away from their families to commemorate the sacrifice year with eagerness in an atmosphere full of harmony and love. Continuously and in order to enhance the spirit of Togetherness , URDA provided Eid clothes, toys and sweets for children, as vouchers were distributed to more than 1,000 children, in addition to carrying out recreational activities for 250 children in the Bekaa. In conclusion, URDA extends its sincere gratitude and appreciation to the white hands that donated to the Adha project and provided support and bond to families with limited income and bring happiness to the hearts of their children and families, and thanks to the municipalities of the regions and all volunteers for all the facilities they provided to facilitate and organize the distribution process.