A major explosion that we have never experienced since the day of the assassination of former Prime Minister Rafic Hariri, which was heard 70 kilometers (30 miles) from its position. Smoke was seen from the Lebanese Syrian border, 80 kilometers (30 miles) away from the mountains. The site of the explosion, the port of Beirut, was the most vital site in Lebanon and its lifeline, as its entire land border is closed with Syria and occupied Palestine and has only the sea to import its needs.

The force of the explosion destroyed the glass in most of Beirut and destroyed neighborhoods around the port itself. There have been catastrophic material losses to the country more than expected, where the entire port is destroyed where silos containing wheat that burned for several hours were damaged completely. Fuel tanks exploded and destroyed all the industrial and food supplies, which can only mean an inevitable hunger crisis and shortage of flour and fuel, which is already scarce in the country.

Most of Beirut’s commercial districts, and nearby neighborhoods in addition to the capital’s largest hospitals, including the American University of Beirut Medical Center, Hotel Dieu Hospital, and Saint George Hospital, were hit by heavy losses. A very large number of mosques and historical and archaeological churches were also damaged.

So far, 2,500 wounded have been hospitalized and an unspecified number of bodies have been evacuated. There are thousands of buildings and cars affected.

Rescue teams were unable to reach the scene of the blast, with dozens of bodies and hundreds missing so far and the debris is huge. We can say that the port of Beirut has been hit by an earthquake or a huge disaster and will not return to operation soon.

Beirut’s governor, for his part, declared Beirut a disaster-stricken city and said that a fire brigade had not been found yet. People have begun to rush to bread, flour, and fuel, which seem to disappear from the country within hours from now.

Many theories were published about the cause of the explosion, but the Lebanese government reported that a large warehouse of explosives had been confiscated in the past and stored in the hangars which exploded today.

We, at URDA, extend our deepest condolences to the families of the victims of this tragic explosion and express our sympathy to the injured and their families and wish them a speedy recovery. God protect Lebanon and its people, and may our country be able to rise again as it always does.

We appeal to citizens to donate blood in medical centers and hospitals to help the injured throughout Beirut. 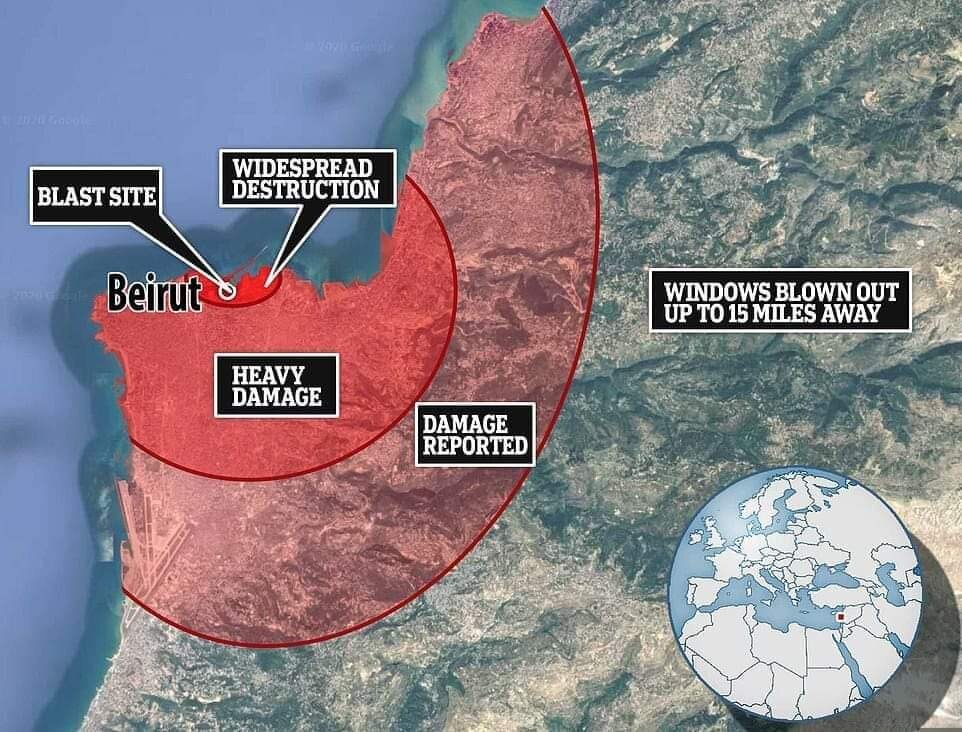 Save a Life: Donate

By donating to our Global Giving project your will be able to save many people's lives and help families recover fronm this disaster.