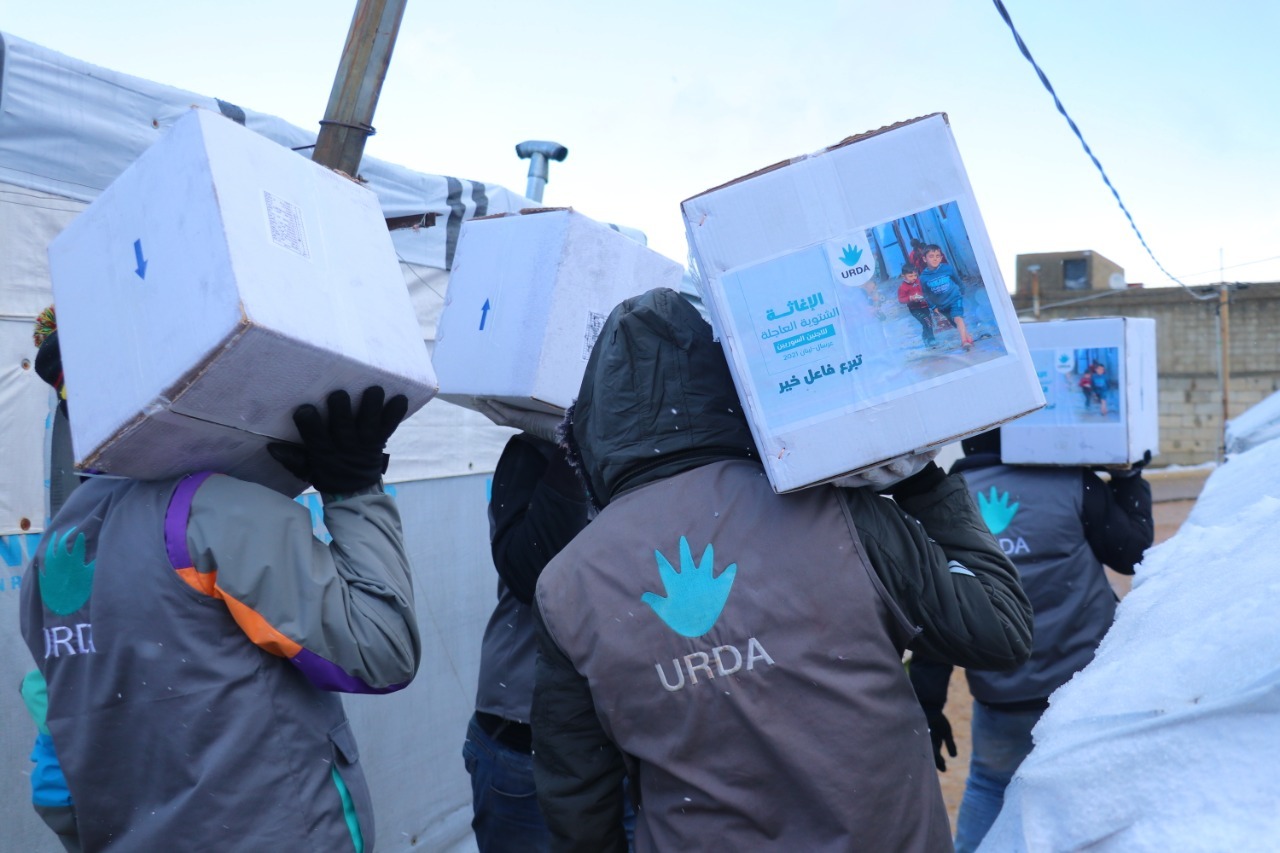 Despite the difficulties that faced URDA’s team due to the accumulation of snow and heavy winds and rain, some 250,000 relief services have been delivered cumulatively since the beginning of the “Winter Wish” campaign in December 2020, to underserved families in the Bekaa, Arsal, and Akkar areas who are most affected by the harsh weather conditions. Underserved Lebanese families face a severe shortage of basic necessities of life, especially heating materials while refugees are increasingly suffering in the tents besieged by snow.

As usual, URDA was on standby to implement the emergency response plan during the storms, making it one of the first humanitarian organizations to respond to the appeals of those affected, distributing 281,584 liters of heating fuel, 6,540 food parcels, 5,494 blankets, 410 heaters, and 1,803 mattresses. The beneficiaries were also provided with 500 vouchers for winter clothing, in addition to distributing 907 hot meals, 1 ton of rice, and other basic winter supplies, most of which were provided to children, women, the elderly, and the sick, with the support and funding of several international and regional donors.

One of the volunteers in the URDA emergency relief teams confirmed that the response included Syrian refugees and Lebanese and Palestinian families in need alike, adding that URDA today embodied the highest meanings of humanity during the implementation of projects and extended a helping hand to the poor and will continue to support families during the storms and crises facing all those in need across the country.

It is worth mentioning that the severe cold wave continues through the end of this week, according to the Lebanese Meteorological Department in the Directorate of Civil Aviation, with the continued decline in temperatures and the arrival of snow rising to 600 meters and above, and drifting waves of frost and ice formation on the mountain and inland roads at 500 meters, which calls for a wider movement to relief those affected by the storm and its repercussions.

URDA’s relief teams have experienced painful humanitarian conditions in the line of duty and appeal to all stakeholders and individuals to provide their best to spread warmth in the hearts of the poor.