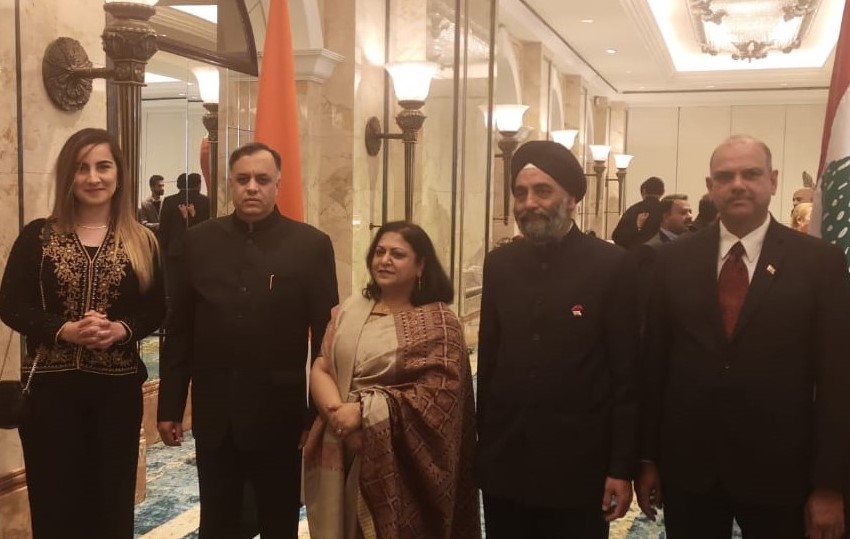 At the invitation of the Embassy of India in Beirut, The Union of Relief and Development Associations (URDA) attended the reception held on Sunday, 26 January 2020, on the occasion of India’s 71st Republic Day.

The ceremony which was held in Beirut was attended by high-level governmental and political figures including presidents, ministers, parliament representatives, and ambassadors. URDA was represented by its PR coordinator, Mrs. Rosy Haddad, who stressed the importance of participating in such social events to disseminate URDA’s humanitarian mission, which seeks to help, care for and develop individuals in Lebanon regardless of their race, sex, ethnicity, or political or religious affiliations.

In his speech, the Indian Ambassador Dr. Suhail Khan stressed the importance of India’s strong relations with Lebanon and the need for cooperation between the two countries in all fields.

The ceremony was concluded with a selection of theatrical dances and cultural music performances inspired by the Indian folklore.