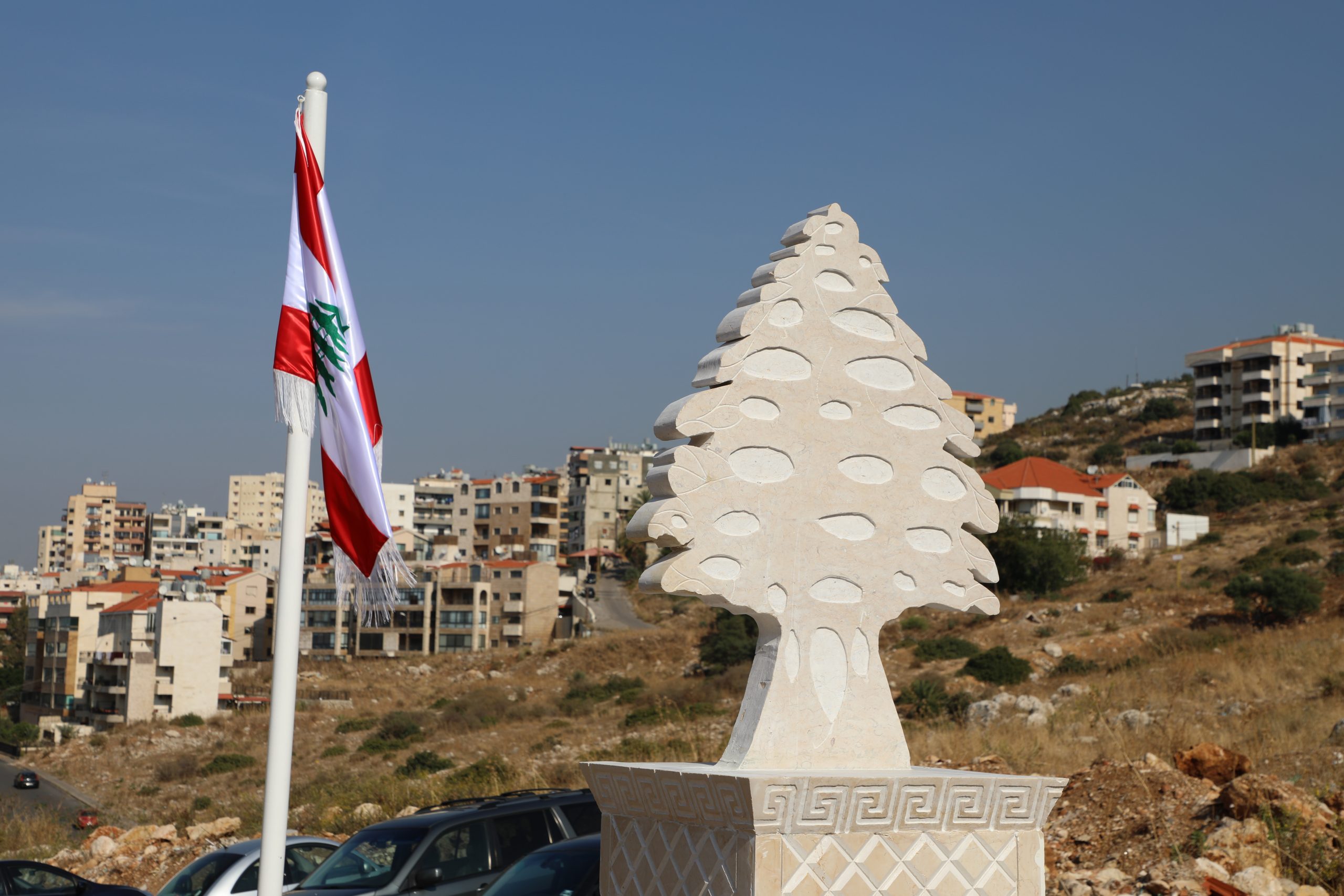 Under the patronage of His Excellency Prince Talal Arslan, represented by Mr. Rashad Abu Faraj, Head of the Choueifat Department of the Lebanese Democratic Party, and the presence of the representative of His Excellency Mr. Ziad Haidar, Professor Hassan Abu Faraj, and representatives and masters of Arab clans, the Union of Relief and Development Associations held a ceremony to commemorate the 78th Lebanese Independence Day, near its main offices in Khalda. The ceremony concluded with the unveiling of the Cedar monument statue.

The celebration started with the Lebanese national anthem, followed by a speech by URDA’s General Manager Mr. Houssam Al Ghali, in which he stressed that URDA is distinctively celebrating independence today by planting trees and by continuously participating in preserving Lebanon’s independence through its humanitarian work in support of food and social security and the contribution of its specialized sectors to the well-being of society and alleviating the suffering of people. He thanked the men of independence and especially the hero Majid Arslan and paid tribute to the role of the municipality of Choueifat, which has been Beirut’s gate and keeper and stressed the need for regular cooperation in support of the Lebanese society in general and the area of Choueifat in particular.

In turn, the representative of the Mayor of Choueifat, Mr. Hassan Abu Faraj, delivered a speech during the celebration and addressed the historic day of independence when the sun of freedom shone and the occupier was expelled, paying tribute to the independence hero, Prince Majid Arslan. Abu Faraj also thanked the participants for the ceremony and stressed the need to pursue development cooperation between the municipality and URDA in the interest of the Choueifat region and its residents.

“The anniversary of independence is one of the glorious stations in the modern history of Lebanon in the interest of freedom and dignity and the restoration of people’s rights. The Prince of Independence, Majid Arslan, is a man who made history in letters from light and his face glowed with patriotism as he defended Lebanon and contributed to its independence.”