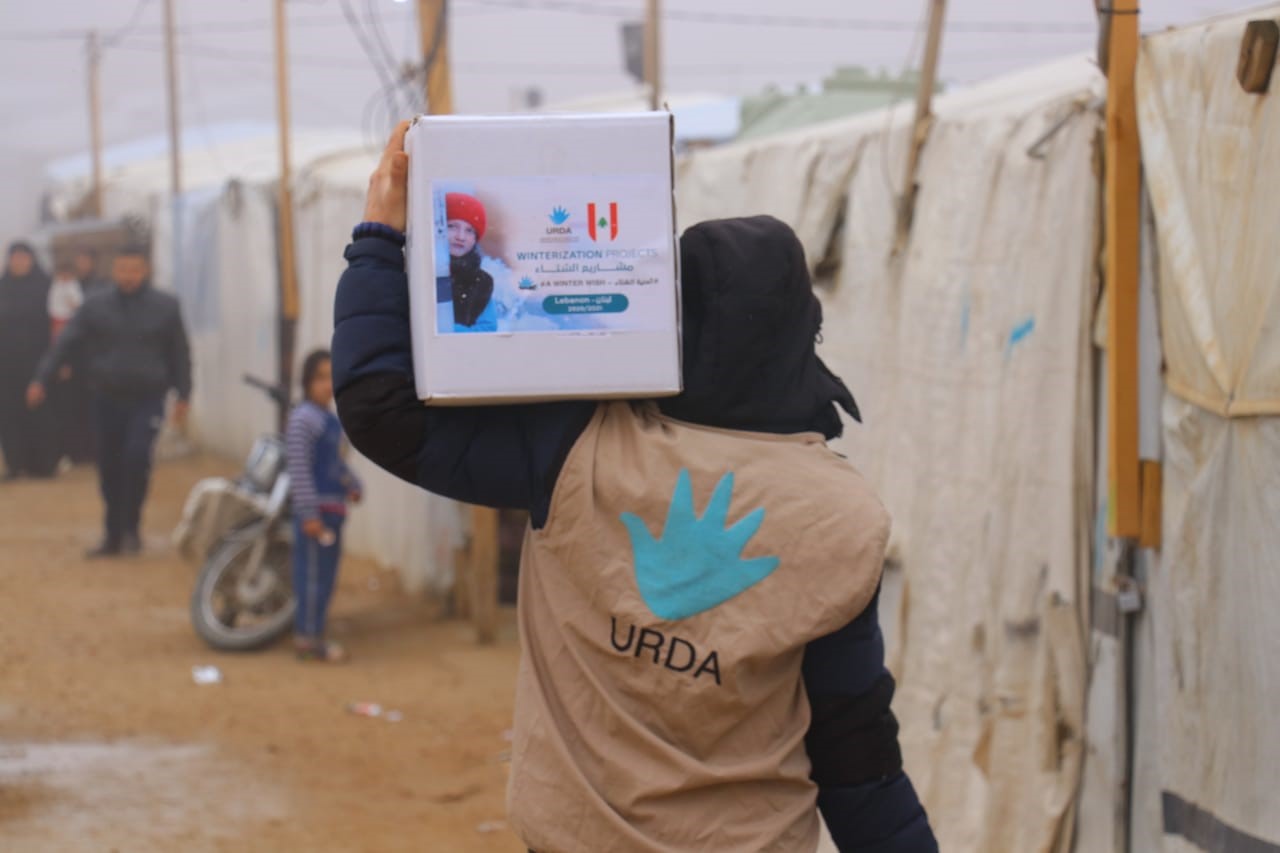 The winter has arrived in Lebanon carrying more burdens for underserved families who have become concerned about securing their necessities at a time when the country is experiencing an unprecedented economic collapse in which the Lebanese pound has lost about 80% of its value. Add to the country’s economic crisis, a global pandemic which is currently witnessing a continuous rise in the number of infections, while families are still recovering from Beirut Blast, which led to the displacement of some 300,000 individuals from their homes, stripped them of their incomes and made many of them dependent on the benefits of donors.

In this sense, and under the title “Winter Wish”, the Union of Relief and Development Associations (URDA) launched its Winter Campaign for 2020/2021, which seeks, with the support of local, regional, and international humanitarian partners, to reach the needy of all nationalities across Lebanon, to make their wishes come true and bring warmth to their bodies and hearts by providing them with basic necessities, the most important of which are food parcels, heating fuel, and heaters, as well as winter clothing, blankets, and tarpaulins.

Winter distributions began nearly a month ago in several Lebanese areas, where URDA’s relief team reached Akkar, Aarsal, and Bekaa in preparation for rain and snow. The team provided underserved families with basic necessities, bringing the number of beneficiary families to 4,762 families, or approximately 24,000 beneficiaries, during November 2020. A total of 2,416 food parcels and 26,000 liters of heating fuel were distributed at a rate of 20 liters per family. Also, 160 blankets and 433 tarpaulins were delivered to refugee tents, including the full rehabilitation of 202 tents through the provision of wood, electrical supplies, and other necessities, as well as winter clothing distributions.

URDA’s General Manager, Mr. Hossam Al-Ghali, pointed out that the campaign will continue as usual throughout the winter season and will be targeting the poorest segments in areas that are experiencing harsh conditions and facing a winter in which temperatures reach below zero in remote border areas in the Bekaa, Aarsal, and Akkar. He also added that the healthcare sector in URDA will be providing medical equipment, medicines, and vaccines to protect children, people suffering from chronic diseases, and urgent cases at the height of the outbreak of seasonal illnesses, in addition to providing prevention and sterilization against COVID-19. Other sectors in URDA also continue to provide their sponsorship, education, social and legal protection, and psychosocial support services.

URDA was able to cope with the dangers of last winter (2019-2020) and managed to provide more than 320,000 services to refugees and underserved individuals and is striving this season to deliver humanitarian services to its beneficiaries.

URDA appeals to donors around the world to quickly respond and assist refugees, the affected, and their families through the “Winter Wish” campaign to keep them safe, especially in light of Lebanon’s deteriorating economic and health conditions.

Help thousands of refugees during the winter season by donating to our Winter Campaign on Global Giving.
Donate Here