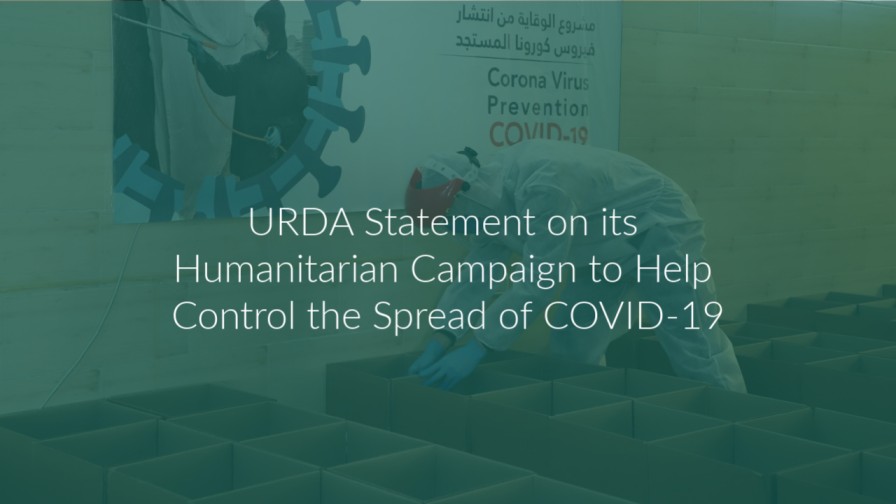 During the current coronavirus crisis that Lebanon is going through, along with the commitment to the decision of general mobilization and house quarantine, URDA has launched a package of humanitarian projects in addition to the large-scale donation and awareness campaigns to reach the most vulnerable Lebanese families and refugee camps throughout Lebanon.

URDA has continued following up on its healthcare-related activities and projects, as well as its projects within the relief and shelter sectors, especially seasonal ones, including its winter distributions in response to the recent storms that hit Lebanon.

Stemming from its commitment to social responsibility, URDA’s emergency response team launched its “Humanity in the Time of Corona” campaign to provide several services since the beginning of March 2020, while applying preventive and public safety measures, the most important of which were:

In addition, URDA has launched a donation campaign through its social media accounts under the title “Help for a Better Tomorrow”. About 20 million Lebanese pounds were raised for the neediest Lebanese families to provide them with food parcels and bread bundles as well as protective hygiene and sanitation kits.

URDA’s work was not restricted to providing in-kind assistance but also included participating in awareness courses on controlling the spread of coronavirus. The most important of which was a course with the Lebanese Red Cross.

The protection sector is also organizing awareness courses on preventive measures to reduce the spread of the virus along with the distribution of publications to refugees at URDA’s camps.

Lebanon has not been spared of the effects of the latest economic crisis and was about to collapse, let alone this pandemic which has burdened the country with an unbearable load. However, URDA faced such challenges with an emergency plan in collaboration with its partners by dedicating its staff members to this mission and utilizing all the possible efforts to alleviate the suffering of those in need.