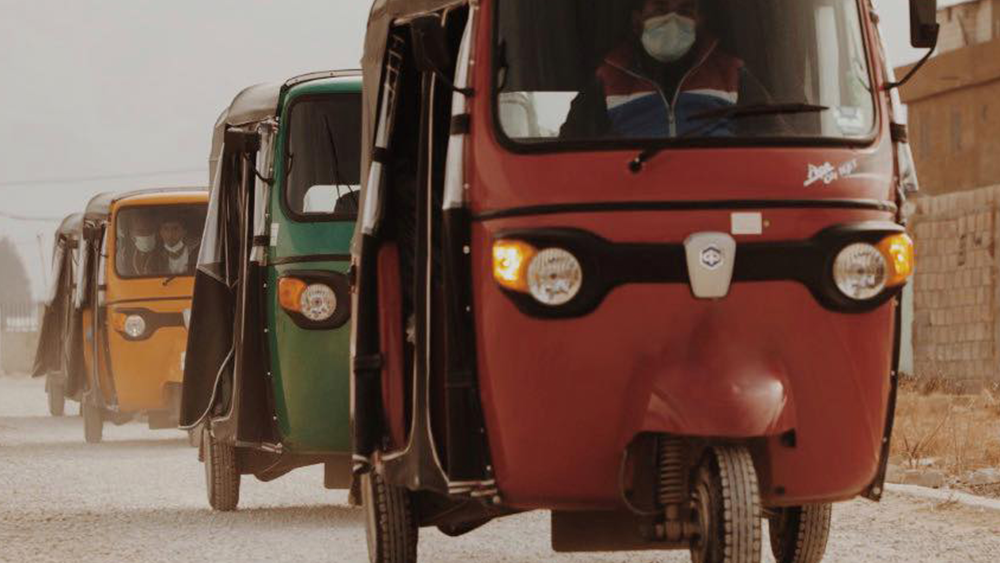 All people in Lebanon are currently trying to overcome the economic crisis by finding alternatives to survival by radically changing their way of life. One of the changes is the use of alternative transportation. For this particular reason, URDA, funded by generous donors, provided auto-rickshaws to 10 drivers in the Bekaa area to offer them a way to generate income.

With crises worsening day after day, the Lebanese pound collapsing against the US dollar, as well as the scarcity of fuel and the increase in its prices, this small vehicle entered Lebanon as a new, low-cost means of transportation, compared to available vehicles in the country.

Abu Ashraf, one of the project’s beneficiaries, says that URDA has offered him an auto-rickshaw to be used as a taxi, to transport people and students inside the villages at low prices. He pointed out that it is more affordable than the usually used cars or buses, and it is safer for students. Abu Ashraf’s taxi business had recently been popular because of the low fees of his auto-rickshaw’s ride compared to the other usually used taxis operated by cars.