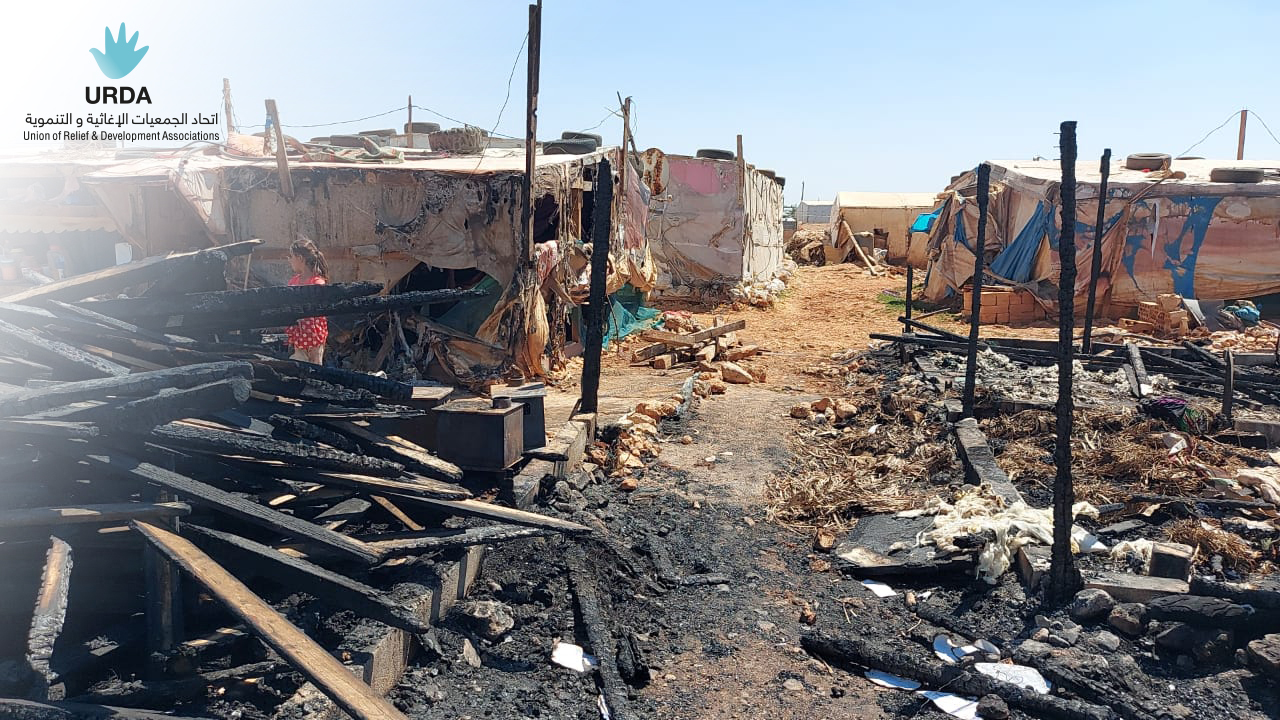 A massive fire broke out yesterday evening, Monday, 11 July 2021, in a Syrian refugee camp in Baalbeck, Al Tiba area.
According to the information received by our field teams, the fire was caused by an electrical failure, where the sound of gas bottles exploding was reportedly heard at the scene.
The fire did not cause any human collateral damage to the hour, but only material damage, with about 55 tents completely burned and 10 to 15 partially damaged. About 80 families, or approximately 350 individuals, were affected by the loss of basic food, non-food items and shelter (completely or partially).
Immediately, ambulance and fire teams rushed to the scene and helped in putting out the flames.
URDA’s Emergency Relief Team was ready to deal with this humanitarian disaster. Its specialized sectors are working to keep pace with the victims of this incident and gather preliminary information on them through forms and schedules with a view to securing food, medicine, and alternative shelter, as well as legal papers destroyed by the fire.