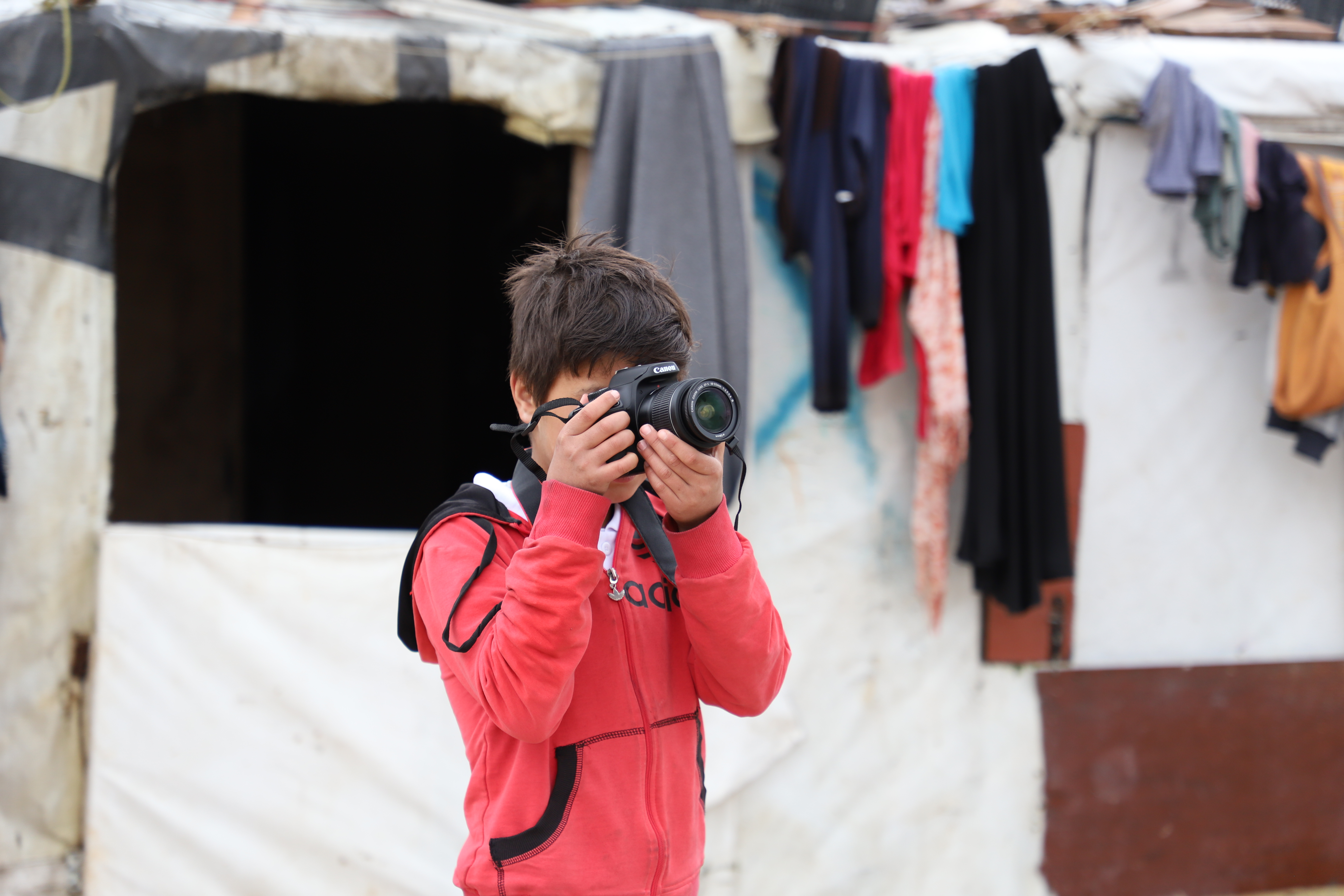 It is his eye that reflects what he cannot express,
Each image is a reflection of his imagination and desires.
It takes him on a journey through time to different worlds;
For him, it is more than a machine, it is a mirror of life

He fled the war in a homeland that became a nightmare after he lost his parents in a tragic scene that he would never forget. Until now, the image of death and destitute doesn’t leave him no matter how hard he tries to erase the moments of harsh separation from his memory.

10-year-old Ameen Hammoud found refuge with his grandparents at URDA’s Al Awdeh shelter center where his case was handled by Bassamat psychosocial support team that saw in him a hero who’s looking for a new life, defying all circumstances that forced him to bear great responsibility at a young age. His unique character turned him into a little leader who could help in maintaining the discipline of his fellow refugee children during recreational and educational activities.

Who does not know Ameen, the distinguished child who sees in the camp a space where he can break the time barrier between his past and present? With time, Ameen became the camera’s companion!

Ameen’s passion for photography appeared when he was intrigued by the discovery of the camera, a cold machine that lights at night. Ameen was so enthusiastic about photography that he accompanied URDA’s photographer in Bekaa during his documentation of the relief and development projects in the camps. To him, photography became a great theater where all his mixed emotions can come to the surface.

Ameen was so intrigued and pleased with the camera details to an extent you could see him taking pictures of all that surrounds him like a shot of a smiling child or a rose sprouting between the rocks. He defines photography as a way to freeze a moment and a language that no one understands but him.

“I wish I had a camera to take all the pictures I want.” Ameen’s simplicity reflects on the wish he dreams of every time he sees a photographer. His wish came true, and with a donation from a generous benefactor, Ameen got a camera and began to develop his talent through training courses in coordination with the Bassamat team of psychosocial support.

The story of Ameen sums up the stories of thousands of Syrian children around the world. No one can erase the tragedies of war that have become deep-rooted in their memories. Those children try to gather the remnants of their scattered childhood and to achieve their childhood dreams; perhaps they can one day enjoy the sunshine again.