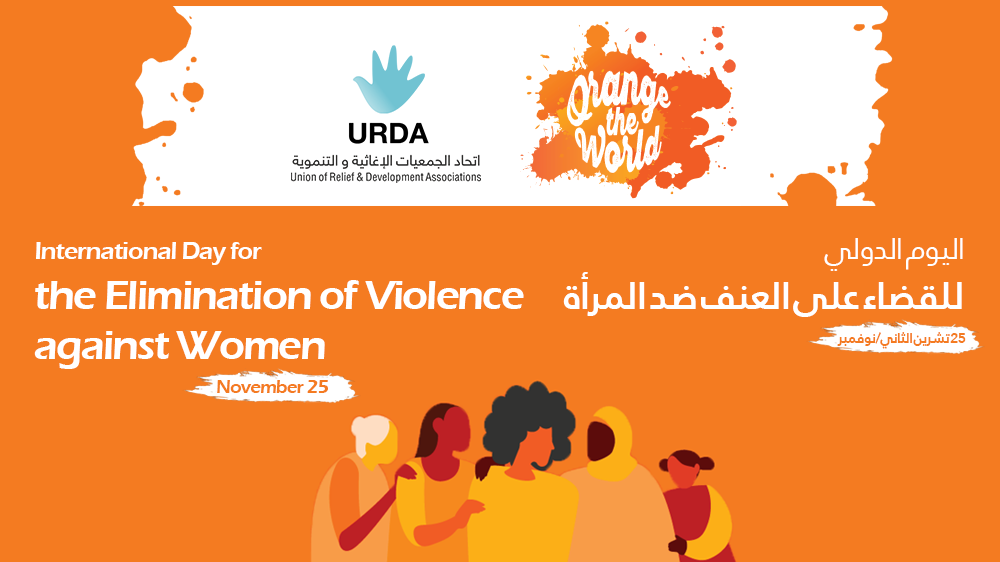 The gender-based violence program in URDA’s protection sector launched today the activities of the 16-day of activism campaign with the aim of fighting against violence against women. The activities will be focusing on the challenges faced by women and the importance of raising legal awareness, empowering women and encouraging them to bring about positive change in favor of their issues, as well as raising their voices on issues of gender-based violence through a range of legal and awareness-raising workshops, in addition to artistic, recreational and professional activities.

Over the next 16 days, the gender-based violence program in the protection sector will seek to intensify the campaign by setting up various events in a number of Lebanese regions, specifically in Arasal and Beirut, along with Akkar, Beqaa and Saidon, which will include extensive coverage of the campaign’s news on social media.

Activities that will be organized by the Protection team include micro gardening, self-defense training sessions, as well as yoga, glass painting, and the use of recycled materials for handicrafts, which will conclude with the distribution of dignity kits to participating women.

It is worth mentioning that the campaign “16 Days of Activism against Gender-based Violence” is an annual event that begins on November 25, which marks the International Day for the Elimination of Violence against Women, and ends on December 10 which marks Human Rights Day and the Universal Declaration of Human Rights.

The current public campaign is being launched at a time when United Nations figures indicate that one in three women have experienced physical or sexual violence during their lives, and calls to helplines during the COVID-19 pandemic have increased with regard to domestic violence.