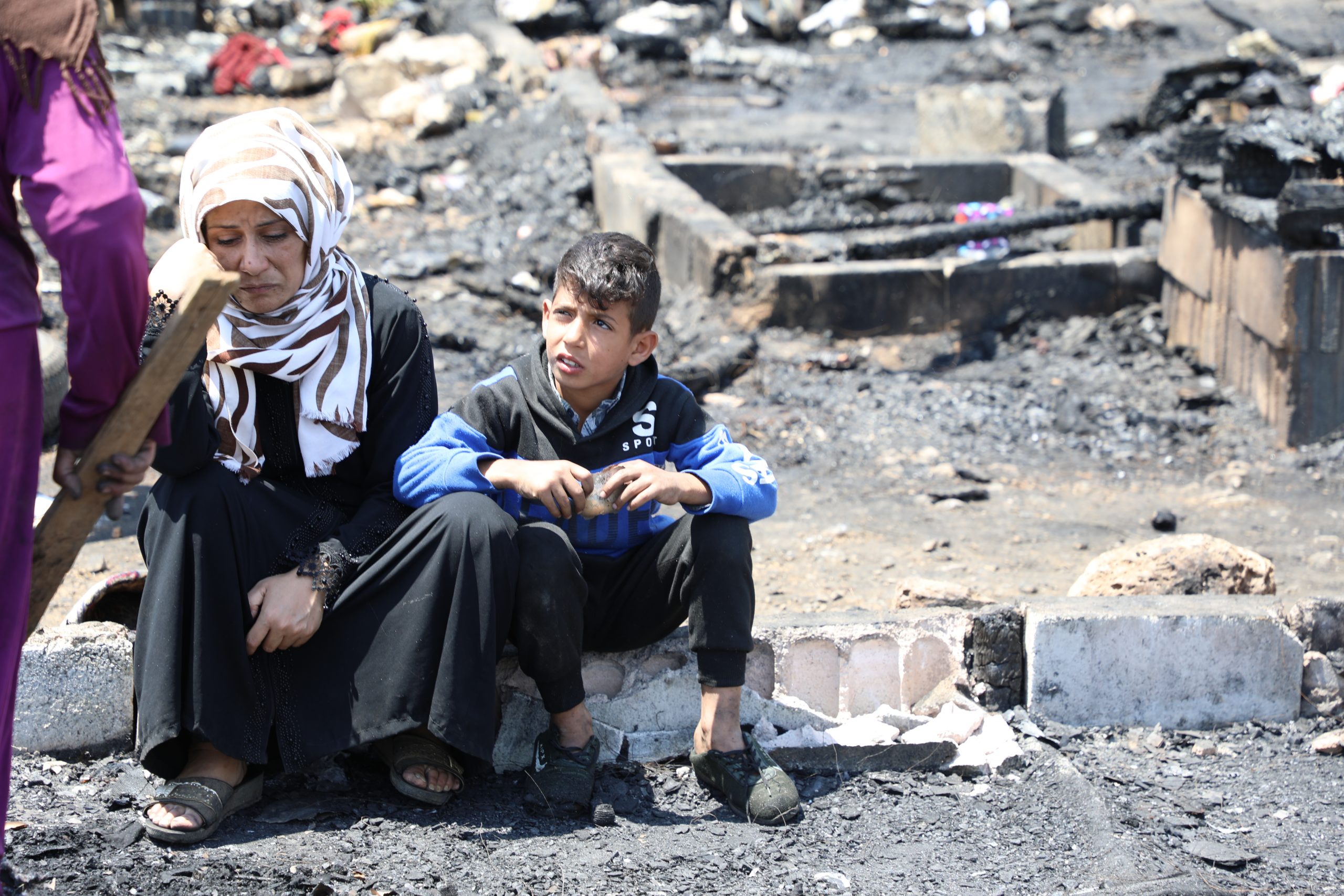 On the morning of August 4th, 2021, a massive fire swept through Camp 004, one of Qub Elias’ Syrian refugee camps, opposite the Caesar field in Bekaa, Lebanon. Civil defense teams extinguished the fire after it had fully burned 25 tents in IS004 camp and 1 tent in IS005 camp, in addition to causing partial damage to 4 tents in IS008.

In this context, URDA’s emergency relief teams rushed to support the affected families through distributing relief items which included food, water in addition to damage assessments.

According to URDA’s Relief Sector Manager, Fares Fares, around 31 families were affected, an equivalent to 171 individuals who lost their primary relief and non-food items, along with their tents. Four families consisting of a total of 21 individuals, lost their tents’ tarpaulins. In addition, 16 families lost their official documents while 2 have lost their identity cards.

The damage was limited to material, no deaths or injuries were reported, and families moved to nearby camps. According to preliminary information, the fire was caused by an electric malfunction.

It should be noted that the number of Syrian refugees in Lebanon is close to 1 million, who are spread across various Lebanese regions and are currently living in difficult economic and social conditions, especially in the light of the multiple crises under which Lebanon is suffering. Refugee camps are at constant risk of fire, floods and snow.