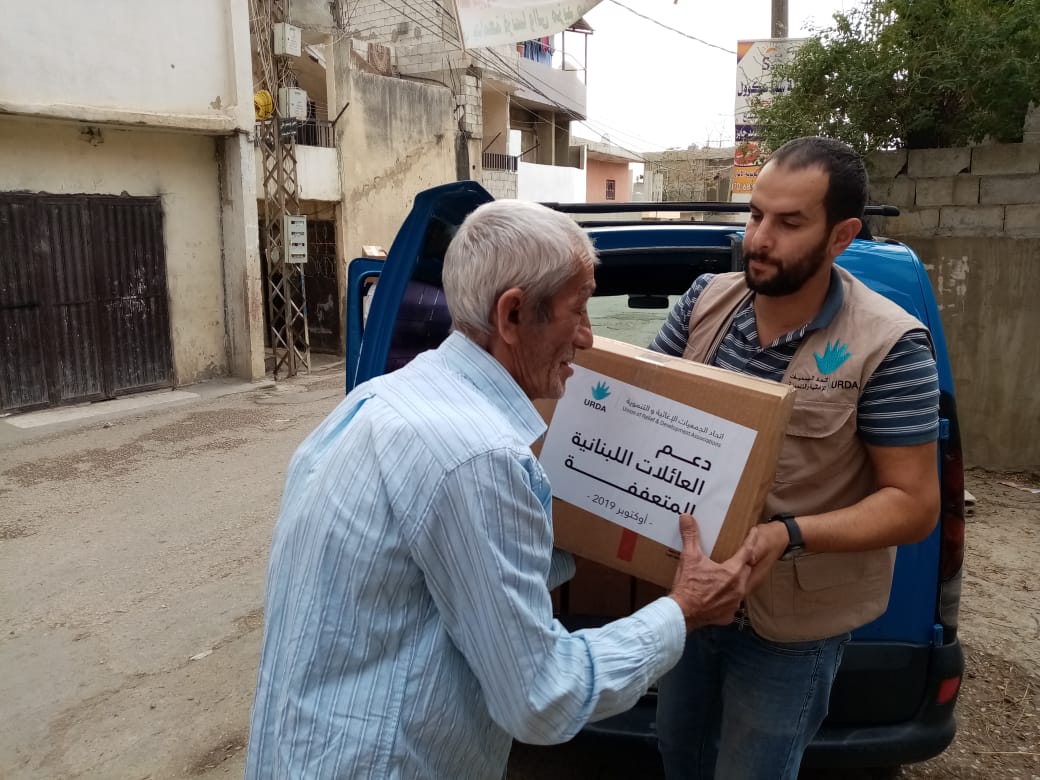 Due to the deteriorating economic conditions in which the Lebanese are passing through across Lebanon, the relief sector in the Union of Relief and Development Associations (URDA) decided to reach the most vulnerable Lebanese families through a relief project that aimed to support families who are suffering from a shortage of supplies due to the blocked roads throughout the country.

URDA’s first station was in North Lebanon, where our teams learned about the people’s conditions after the roads were blocked because of the nationwide demonstrations, and distributed food parcels in Al Mahmara and Benin in Akkar, as well as in Majdlia in Zgharta district and Bkafin in Al-Koura district.

The relief team at URDA have also managed to reach the poorest districts of Tripoli, where the largest presence of underprivileged families resides. However, the distributions will be completed in succession in various Lebanese regions. Mr. Abdulrahman Darwish, Deputy Chairman of the Board of Directors of URDA, confirmed that the poverty and suffering in Lebanon are heartfelt, as there are dependent families that don’t generate any income, in addition to families suffering from health conditions and cannot afford buying medicine or getting proper treatment. In turn, families thanked URDA and its employees for what they offered today under the current conditions and hoped that these aids would be offered periodically. Throughout Lebanon, URDA has taken on this humanitarian initiative to support low-income Lebanese families and alleviate their suffering and to achieve the principle of solidarity and social cohesion among all groups in society.

Learn More About Our Programs

Get more information about our Relief and Shelter programs by clicking on the right button.