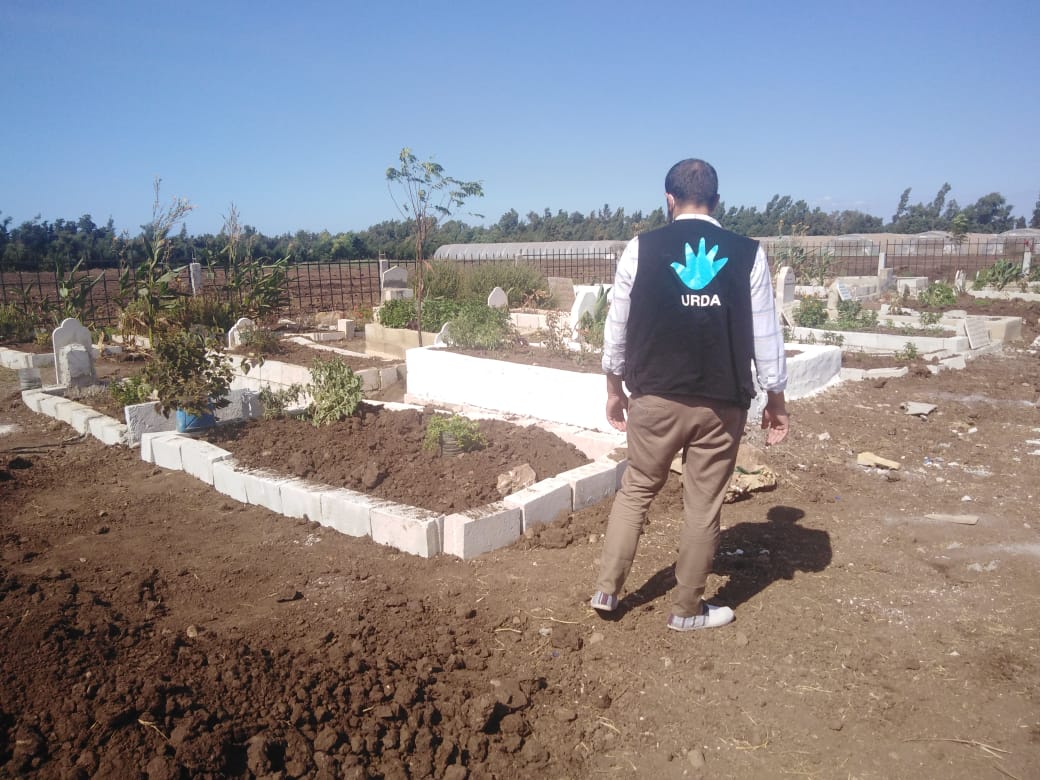 The suffering of the refugees in Lebanon is not limited to the living, as the dead are also in a crisis that is escalating one day after another where there is not enough land in which their bodies can rest in peace upon their death.

In this sense, URDA has established a cemetery for Syrian and Palestinian refugees as well as for other nationalities, where 1.25 acres of land was purchased in Akkar area, northern Lebanon.

URDA’s North branch manager, Abdul Rahman Darwish, confirmed that the project “was implemented after a series of tragic incidents in which it was forbidden to bury the dead or exhume graves to receive bodies on the pretext that they are not of Lebanese nationality,” adding that “to date, the land contains 60 bodies of Syrian affiliates, knowing that it can accommodate more than 4,000 burials.”