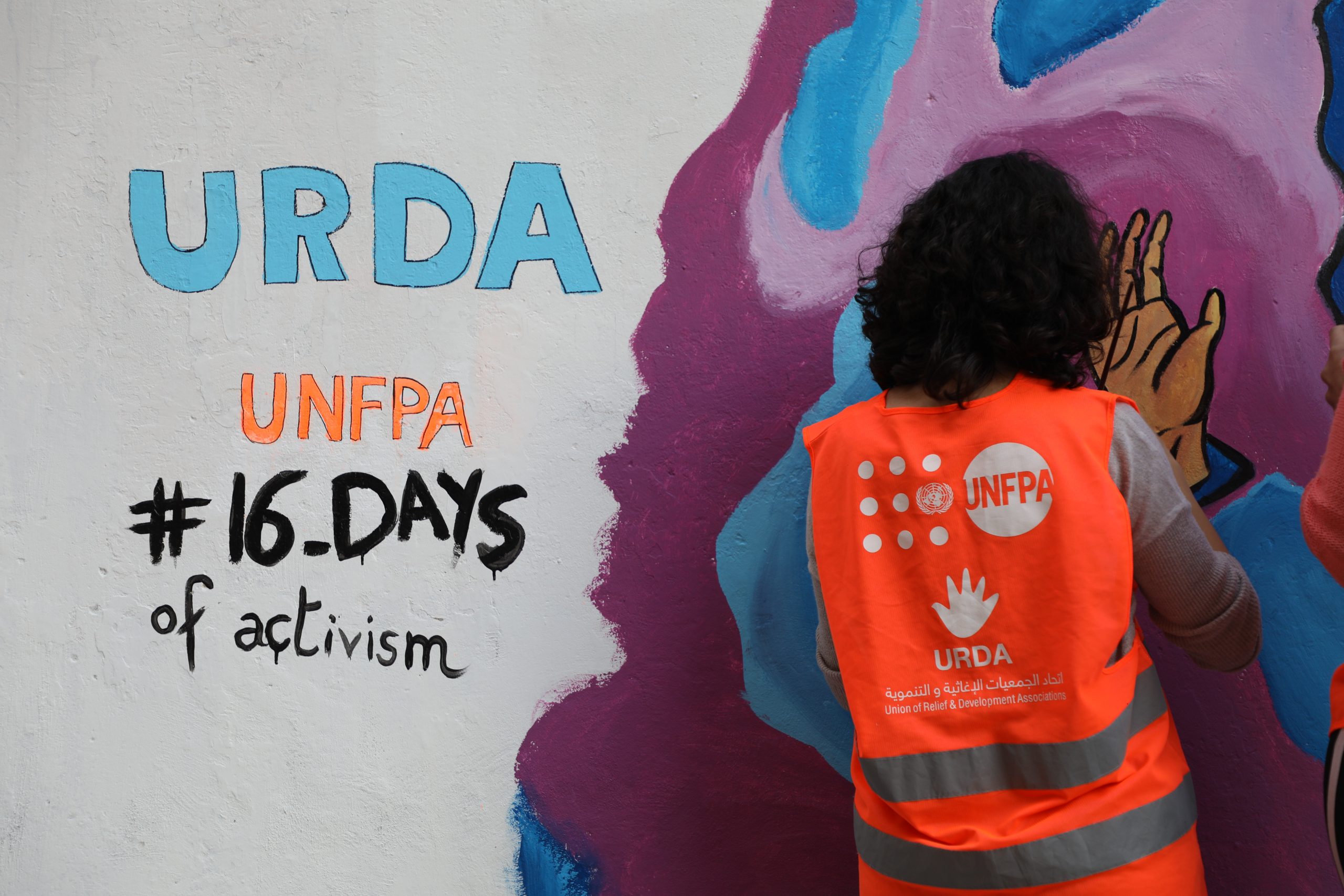 On November 25th, the world celebrates the International Day against Violence Against Women. In this context, the protection sector at the Union of Relief and Development Associations (URDA) and specifically the Gender-Based Violence Program in partnership with UNFPA launched a 16-day campaign of activities that raise awareness to reduce violence which started on November 25 and continued until December 10.

This campaign highlighted the power of art and creativity that help to raise the awareness of the community on some social issues and included the announcement of an art competition (mural) focusing on the theme of combating violence against women by choosing the best voted drawing and to create a strong work of art in support of the violence against women cause. An Instagram account @URDA.Empower was created specifically for this competition to allow followers to vote for the best drawing and to encourage more interaction with young people of both genders.

The competition was open in Lebanon for young people of all nationalities and ages, and they were able to share their drawings via Instagram. The competition concluded with positive reactions where our 1st prize winner “Sumer Ziadeh”, was voted as the best drawing which later was painted on the wall of a building in Achrafieh area.

Have you watched our Child Marriage Awareness Video?

On the occasion of Human Rights Day and the last day of 16 days of activism, our GBV/SGBV program sent an important message that women and girls have the right to seek protection wherever and whenever.