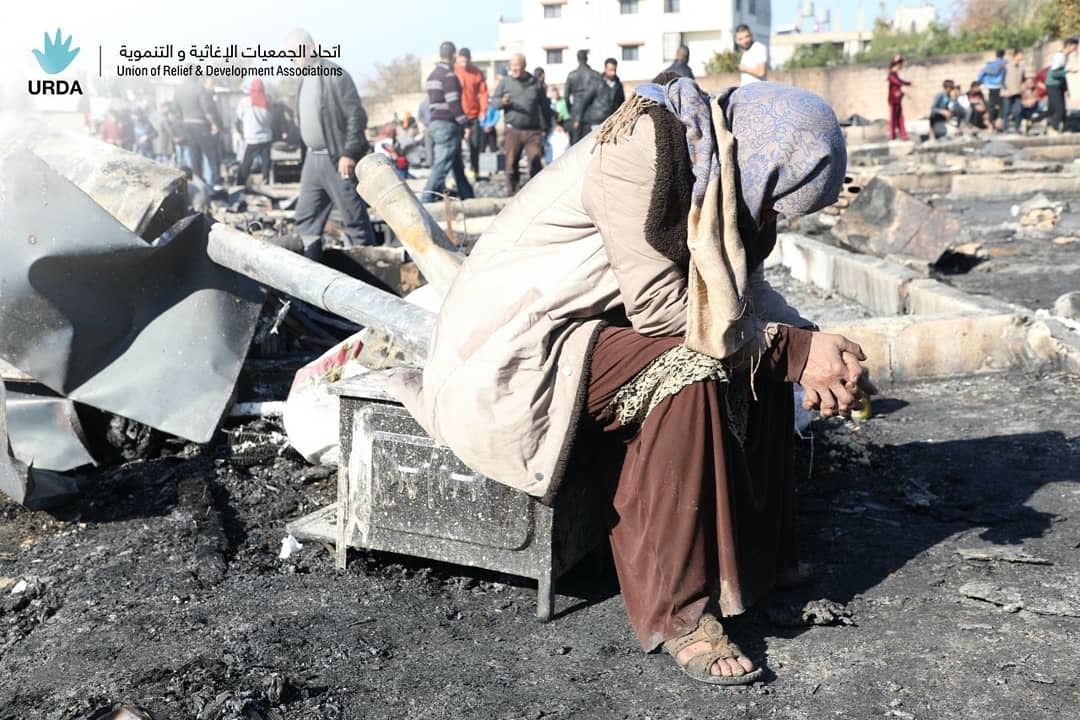 On the night of December 26th and upon hearing about the fire that broke out in refugee camp 009 in Al-Minieh area in North Lebanon, which is home to 100 refugee families, URDA’s relief teams were alerted after communicating with the Ministry of Social Affairs and the United Nations High Commissioner for Syrian Refugees (UNHCR), to work together within a unified data to collect statistics on affected families.

URDA is launching a distress call to all humanitarian organizations that can support those affected by the fire by providing food parcels, hygiene kits, and other necessities, as families lost all their property after the fire. URDA will also strive to relocate families into safe spaces until the camp is restored to its initial state, in addition to providing protection services such as reissuing identification documents for the affected and ensuring psychological first aid to avoid PTSD, especially among children and women. Cases that show they have suffered abuse and exploitation as a result of this event will be referred to the concerned parties.

URDA’s North Branch Manager, Mr. Abdul Rahman Darwish, explained that the municipality of Al-Minieh is in constant cooperation with URDA’s relief teams and has opened the doors of the municipality to host all relief distributions.

Mr. Darwish also condemned the tragic fire incident and praised the words of a number of public figures in the region, the first of which was the Grand Mufti of Tripoli and the North Sheikh Mohammed Imam, along with the Governor of the North, Mr. Ramzi Nehra, Minieh’s MP, Mr. Othman Alameddine and former MP, Mr. Kazem al-Khair, who agreed that this incident is a criminal act by all standards and has worsened the living conditions of refugees in light of high prices and the stormy winter weather.

Finally, URDA thanks the Lebanese Army leadership for taking all immediate measures to prosecute the perpetrators and arrest one of those involved in this horrific crime.