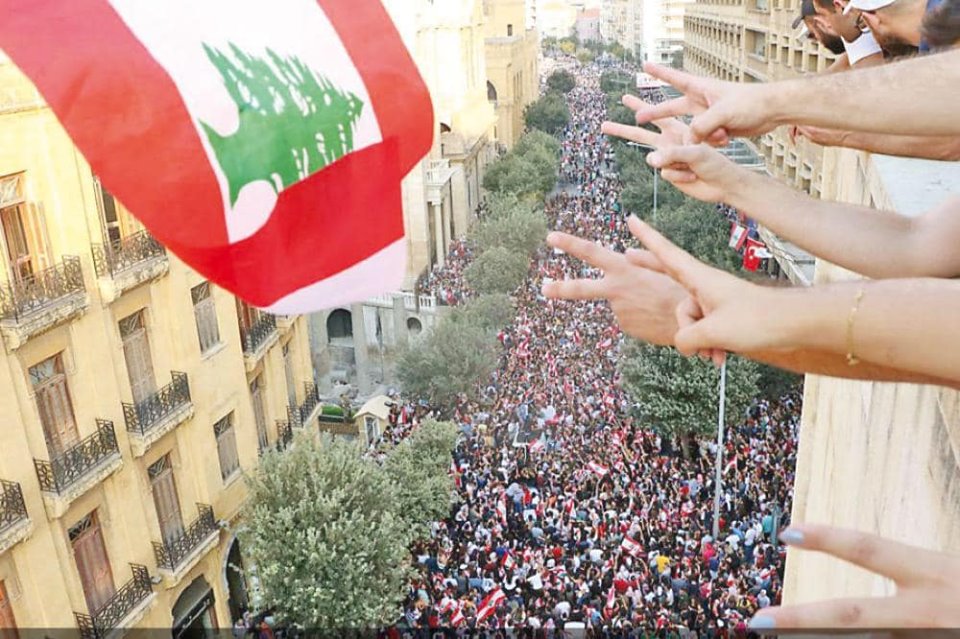 In regard of what is unfolding before our eyes in Lebanon and since we fully believe in the right of nations to freely express themselves and protest in a peaceful manner, being a basic human right, as stipulated by the International Bill of Human Rights and the Lebanese Constitution, we call on the protesters to mind the following:
1. Ease off traffic for civil defense, firemen, paramedics, municipal machines and patients during road cuts.
2. Exclude trucks carrying flour, medicines and life goods from any road cuts and facilitate their passage.
3. Reject any form of disorder, chaos and damage to public and private properties; if such actions happen we advise all protesters to sit down to present the rioters and allow media to catch them on camera.
4. Cooperate fully with the security services and contribute to the prevention of any attempt of assault or attack, and clear the way for the security forces to arrest violators.
5. Do not set fires roads, especially rubber tires, as they can cause a very dangerous impact on the environment and public health as well as on roads and buildings. We call upon everyone to remain civil and peaceful.
6. Pay attention to green spaces and trees as they are considered a natural wealth for this country which must be taken care of.
7. Pay attention to the presence of children and old people in the protests especially during stampede, and give them priority in passing through and protection. Regardless, we remind protesters that demonstrations are not suitable for children, old people or patients..
Long live Lebanon, its people, land and stability…