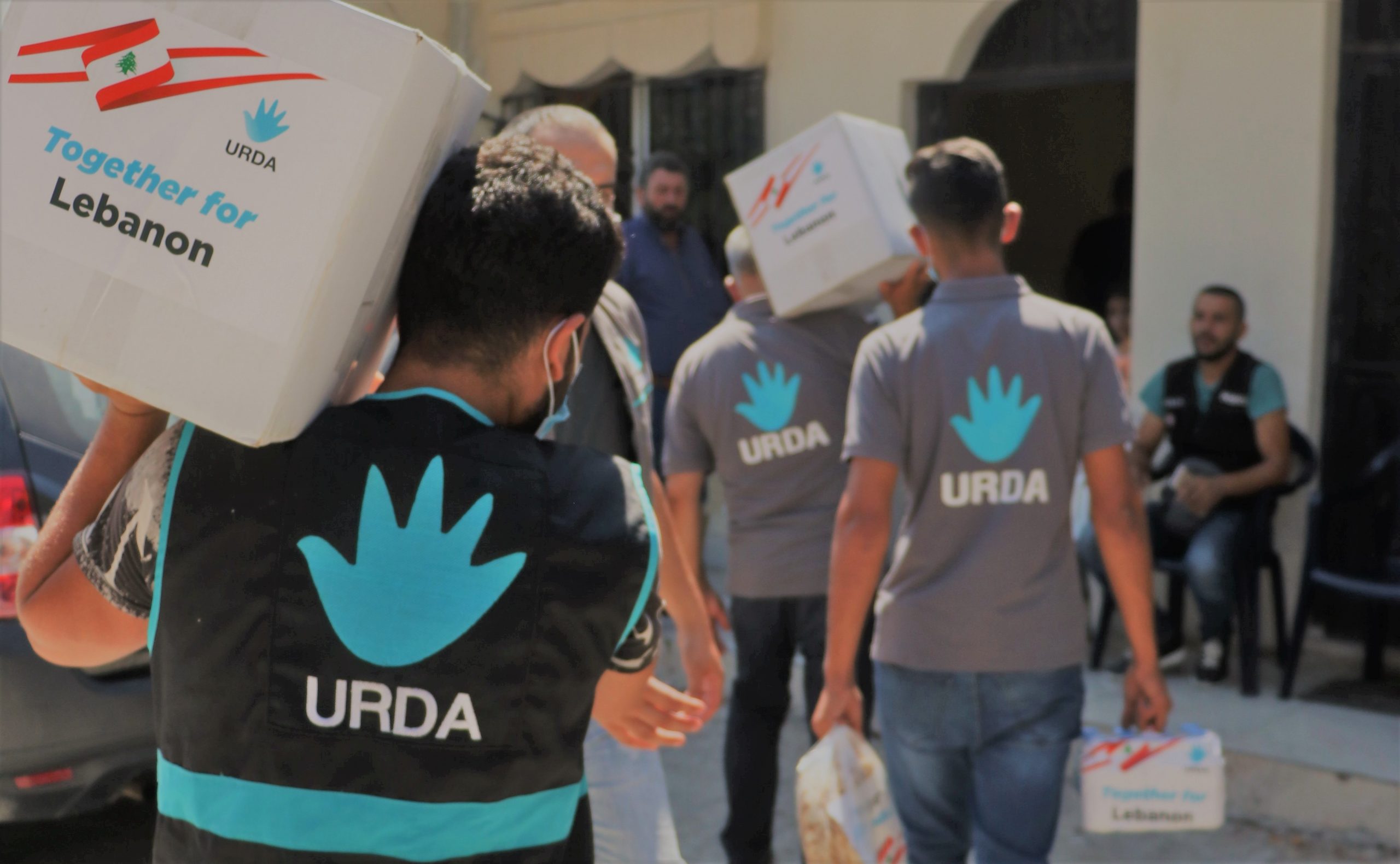 Following the fuel tanker explosion in the town of Tleil in Akkar, North Lebanon, on 16 August 2021, which resulted in the death of 28 individuals and injuring 80 others, the Union of Relief and Development Associations (URDA) conducted a field survey following their visit to the President of the Municipal Council of Dreib, Abboud Moraeb, to prepare a list including the names of the wounded and the families of those who lost their lives during the tragic incident, to provide urgent relief services including food parcels, medicines and financial assistance. Around 100 food parcels, water packs and 2 bread bundles per family were distributed.

URDA’s Emergency Relief team in Akkar visited a number of injured people in Al Salam Hospital and several families of those who lost their lives as a result of the explosion in order to distribute medicine and financial assistance worth some 15 million LBP.

URDA’s General Manager, Mr. Houssam Al-Ghali emphasized that this tragic incident has been one of the most difficult humanitarian disasters. The plight of the Lebanese people is growing day by day, especially in the absence of minimal livelihoods, adding that the midnight tragedy in Al-Tleil brought to mind memories of the Beirut Blast, which still affects us all even a year after that tragic day. Al Ghali confirmed that URDA’s humanitarian sectors would continue to support the affected people in order to alleviate their suffering as a result of the disaster that had befallen them.

In turn, URDA expresses its gratitude and appreciation for the role of its partner donors, who continue to provide their continued humanitarian support in the various circumstances affecting people in need in Lebanon of different nationalities across the country.