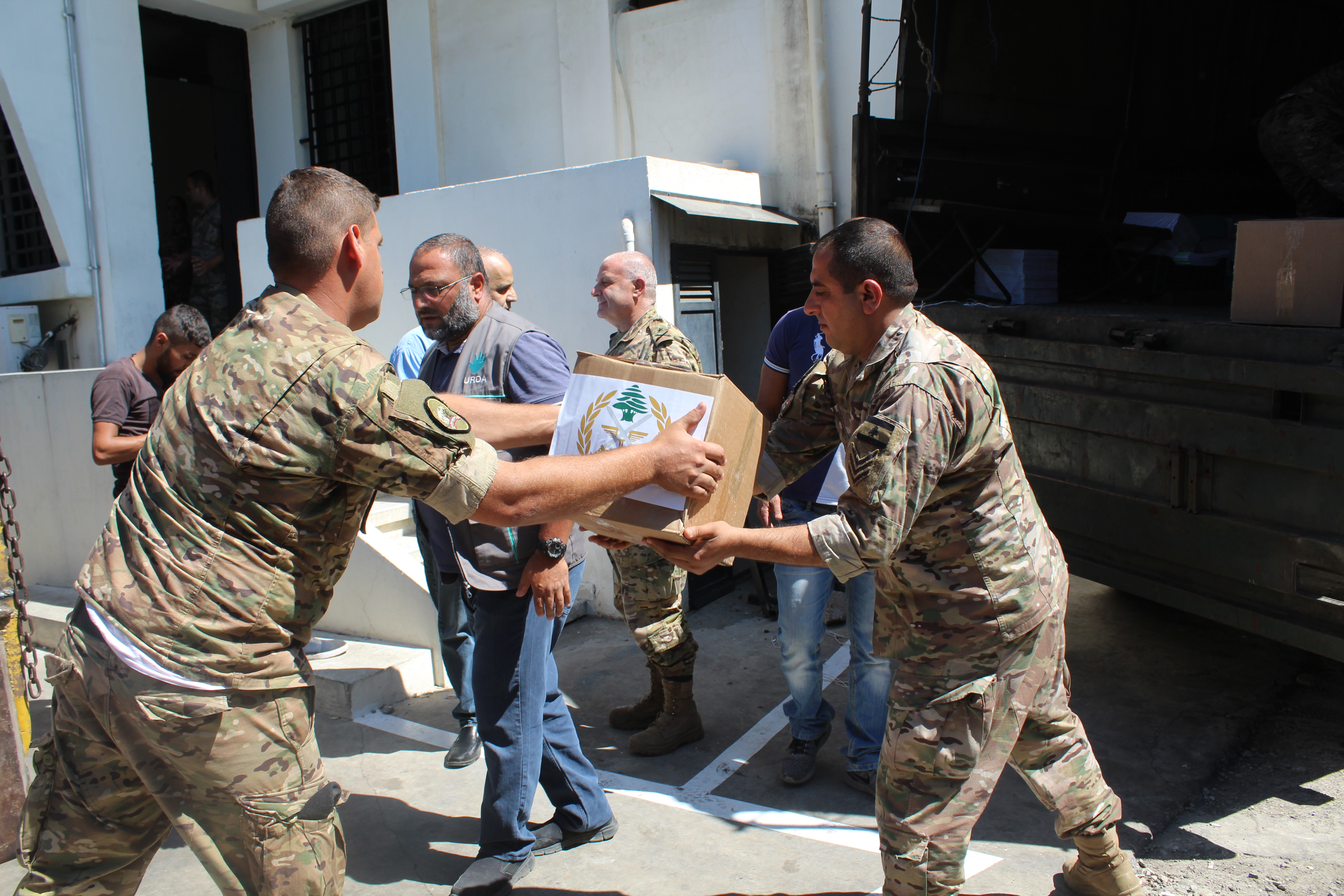 Share on email
Share on facebook
Share on twitter
Share on whatsapp
In the framework of the Civil-Military Cooperation “CIMIC”, URDA, in cooperation with the Lebanese Army’s department of affairs, distributed food parcels to 200 families of the Lebanese army martyrs at the Shukry Ghanem army barrack in Al Fayadiyeh area.
URDA met Brigadier General Merssal Hannouch Keyrouz and Colonel Mohammed Al Shaar to coordinate this initiative, represented by the public relations manager, Bassem Maher, and board member Mohamed Baghdadi.
Mr. Maher underlined the need for ongoing cooperation with the Lebanese Army in its humanitarian and relief initiatives, stressing on URDA’s belief that the martyrs of this country have entrusted us all with their families, and that URDA shall remain by those families’ side as long as it is needed.
Previous
Next