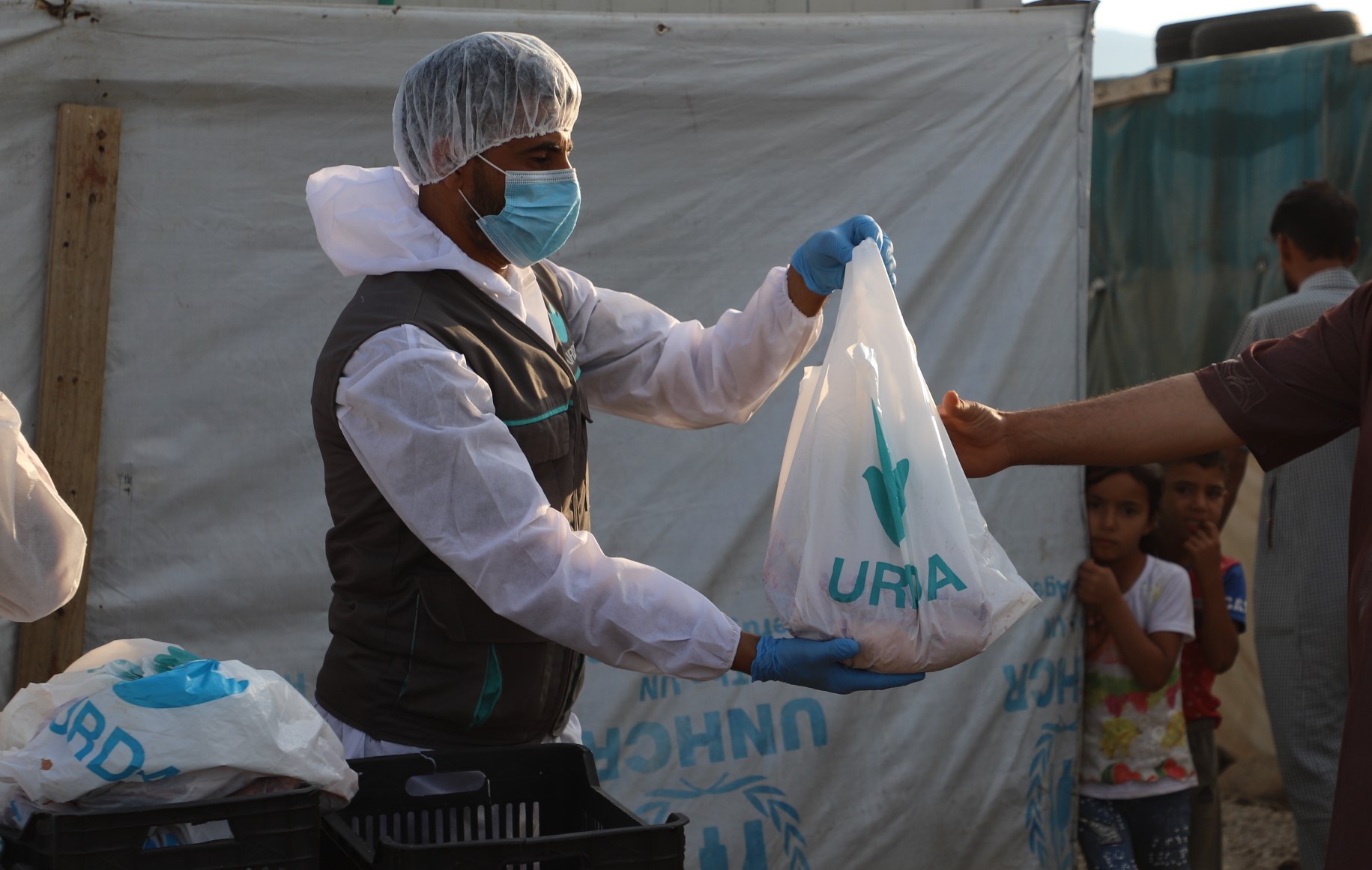 The border town of Aarsal, a deprived geographical area in north-eastern Lebanon, is particularly important for URDA. It is an area of approximately 126 Syrian refugee camps and rented housing units and a home to some 35,000 refugees, as well as Lebanese families living in abject poverty amidst the poor economic conditions that Lebanon is going through.

This year, URDA allocated a large proportion of meat portions during Eid al-Adha, which included all Syrian refugee camps in Aarsal and a large number of disadvantaged Lebanese families, where 185 calves and 117 sheep were sacrificed to benefit more than 13,000 families living in this town, which constitutes about 5% of Lebanon’s entire area.