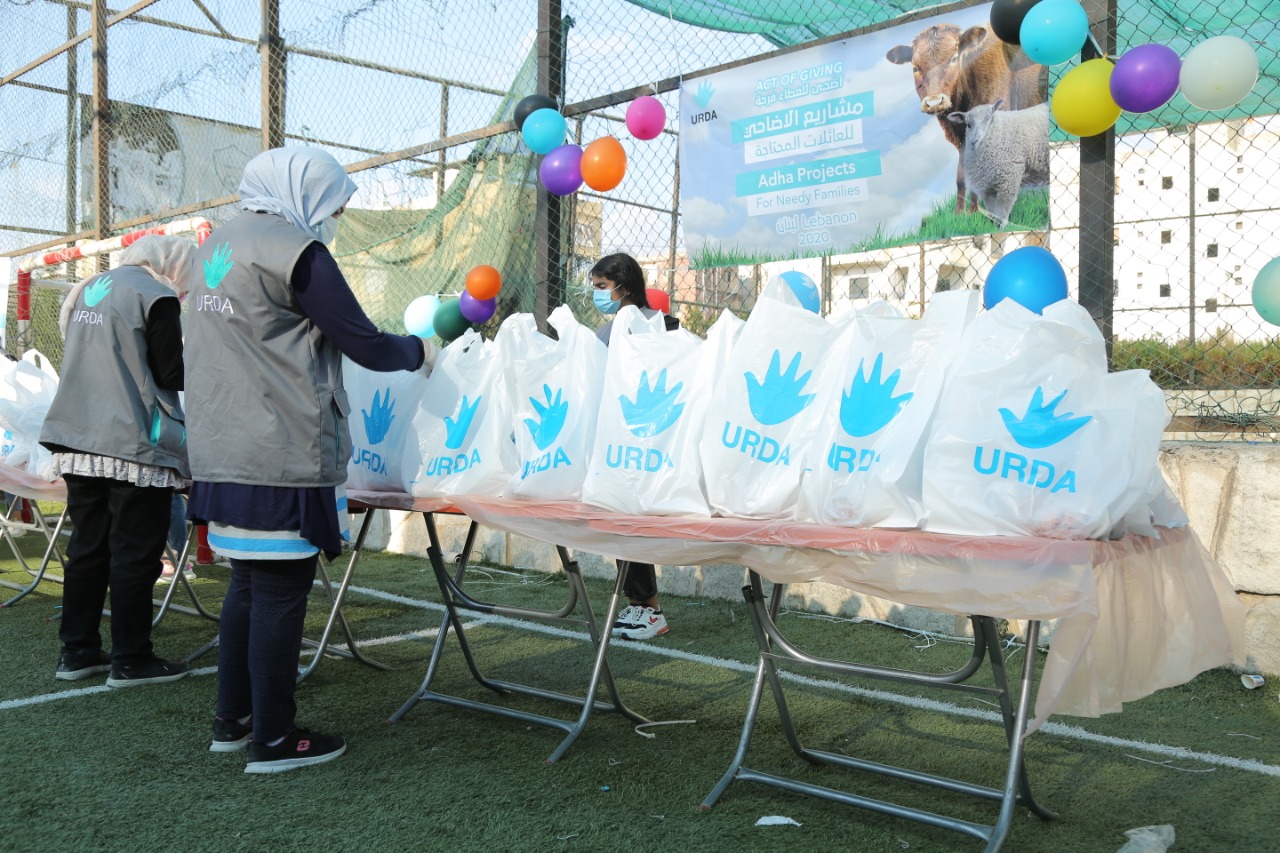 A state of relentless hard work was witnessed in various Lebanese regions during Eid Al-Adha this year where URDA teams completed the distribution of meat portions for the fourth day in a row to bring the number of sacrifices to 545 distributed to some 5,410 disadvantaged families of different nationalities, where 75 calves and 20 sheep were sacrificed to feed the poor. The distribution areas included Aarsal, Bekaa, Tripoli, Akkar, Beirut, Mount Lebanon, Saida, Shebaa and others.

This year’s “Act of Joy” campaign has been a huge success thanks to a number of donors and humanitarian organizations, including URDA’s strategic partners from around the world.

Mr. Hossam Al-Ghali, General Manager of URDA, said: “Al-Adha projects are seasonal projects that we strive to implement professionally in coordination with the Lebanese authorities and our local and international partners in order to reach the most disadvantaged families, and the number of beneficiaries this year has exceeded 166,000 individuals who we were able to reach during the 4 days of Eid.”