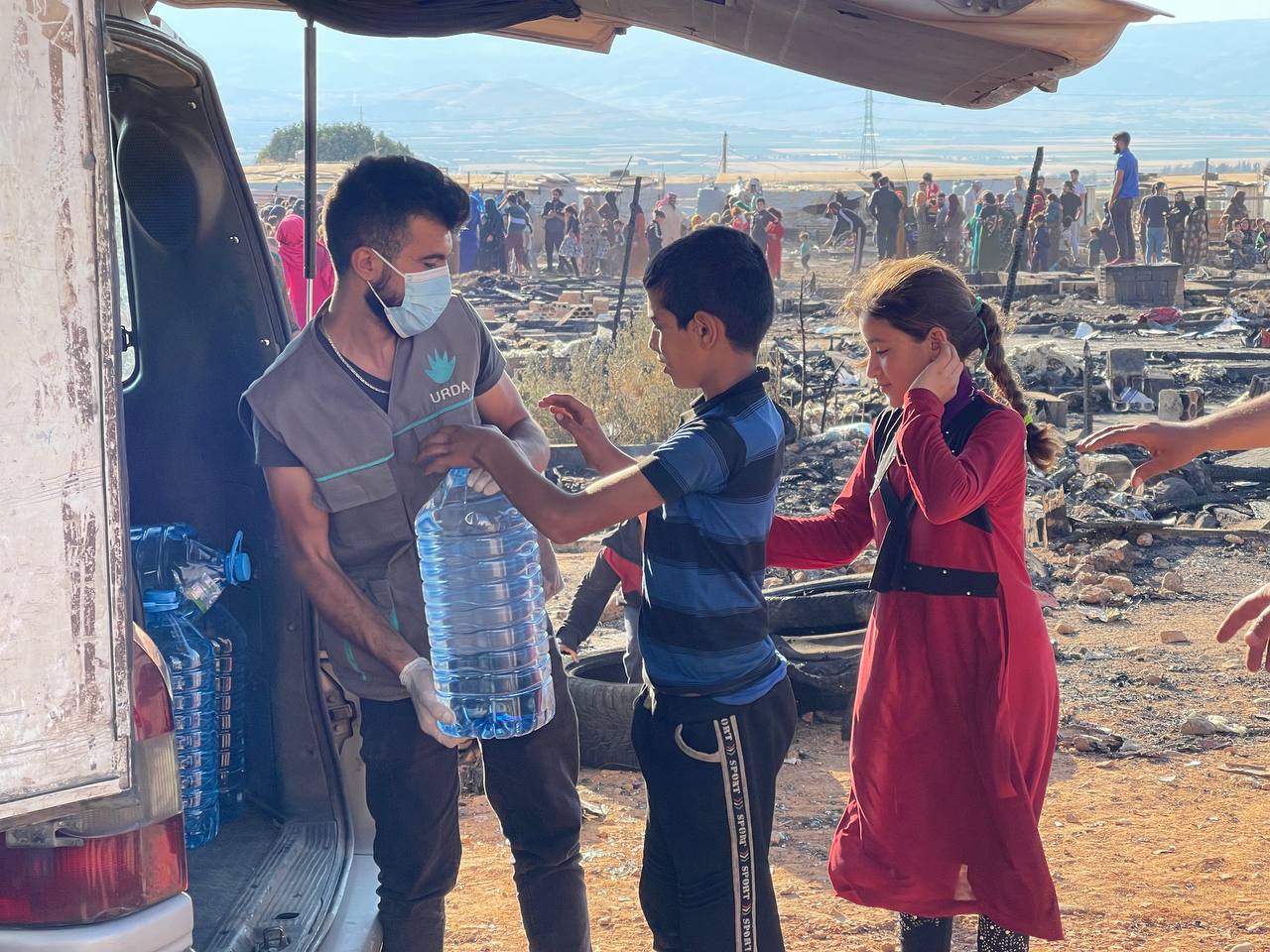 After the fire that broke out on Monday evening, July 11, 2021, in the “Hilal” Syrian refugee camp in Al Taybeh area in Baalbeck, URDA’s emergency relief team rushed to support the families affected by the fire, which damaged 45 out of 110 tents completely and provided 160 grilled chicken and 160 gallons of water, as well as 320 bread bundles to 160 families.

The relief and shelter sector in URDA, Fares Fares, confirmed that the tents are built on loose foundations of wooden and metal columns, covered with a light layer of fabrics and plastic casings that contributed significantly to the spread of fire faster, adding that Syrian refugee camps in Lebanon are constantly subjected to fires of varying severity where losses cannot be counted, appealing to the concerned authorities to offer their help to the affected at all levels whether health or legal, in addition to spreading awareness among refugees about avoiding such incidents and how to face them.

Lebanon is home to some 1.5 million Syrian refugees, spread over informal camps and residential areas, according to official Lebanese estimates, and the UN High Commissioner for Refugees (UNHCR) says it has about 900,000 refugees facing difficult living conditions.

Thousands of deprived families are waiting for your support as Eid Al Adha approches them in difficult times.
Donate Hope