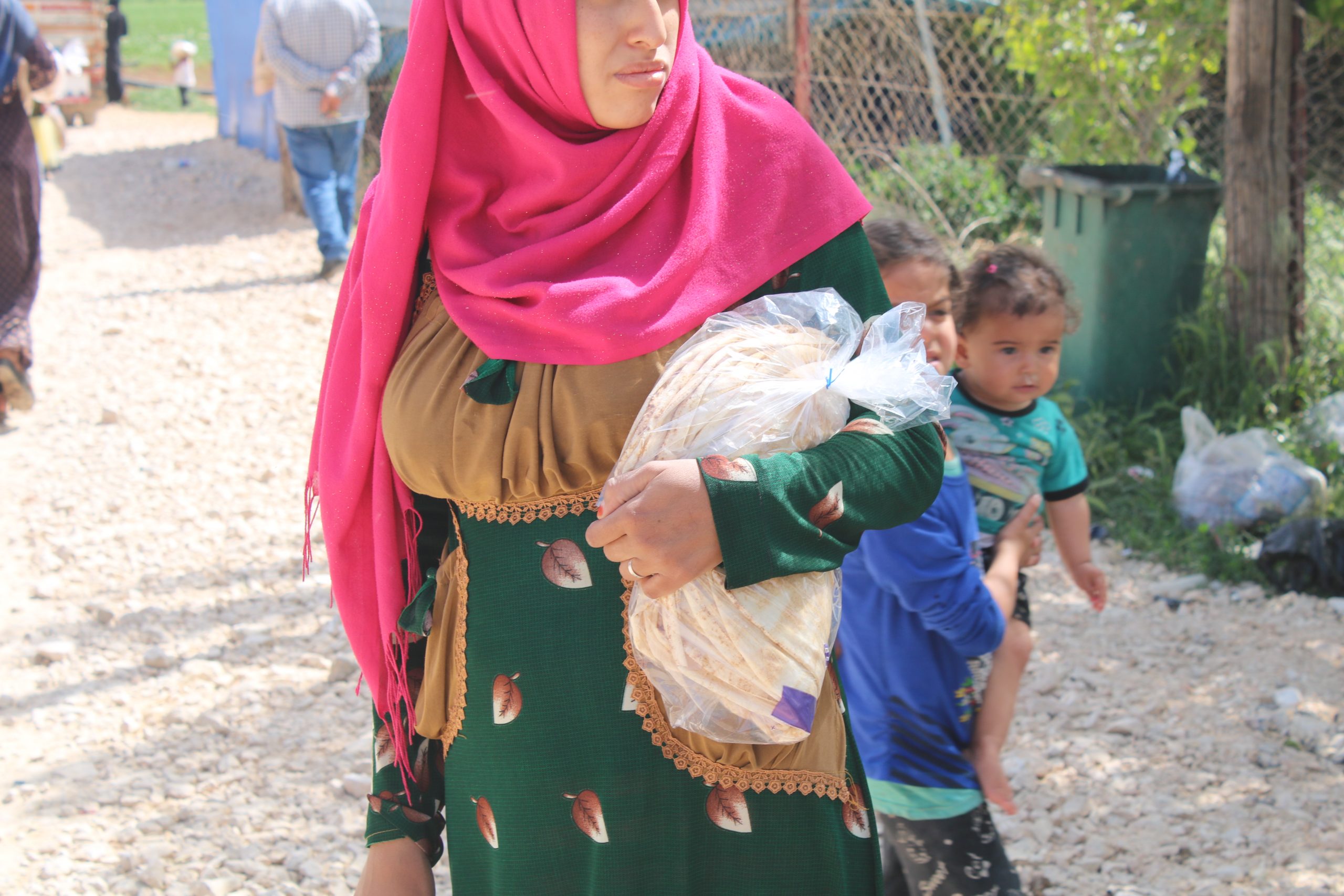 Due to the economic crisis which Lebanon has been facing lately, purchasing freshly baked bread has become one of the main struggles for the Lebanese and the refugees alike. According to reports by the United Nations Office for the Coordination of Humanitarian Affairs (OCHA), it was estimated that 78% of the Lebanese population are living below the poverty line, while 36% live in extreme poverty.

In this context, the Relief Sector in the Union of Relief and Development Associations (URDA) has started implementing the bread distribution project to the poorest families in Lebanon especially those living in Aarsal, Beqaa, and Akkar.

This project has been providing free bread to families which had a positive impact on their humanitarian and living conditions since bread is considered one of the fundamental essentials for anyone.

The project was held after the Ministry of Economy & Trade in Lebanon has declared the official price and weight of a single bread bundle in all Lebanese stores and bakeries. This declaration was mainly influenced by the high costs of fuel.

URDA’s Relief Manager, Fares Fares, stressed that the bread distribution project, which started this past March and aims at distributing 1,178.060 bread bundles, will be running throughout 2021.

The beneficiaries of this project called on donors to continue their support for the project in the future, as it has a significant impact on their lives and the lives of their children and provides them with minimum food security.